ROGER A. DESTROYER by Stewart Weir

Many years ago, Jane and I were having dinner with two of our greatest friends, whose names will not be divulged in order to protect the innocent. Anyway, these two friends, Helen and Nick, produced a book of weird real names one of which was "Roger A. Destroyer". So he is out there somewhere. Following this discovery, I began to write to to Helen and Nick as Roger who gradually evolved into this ex-Army colonial guy with a bad-tempered, suspicious wife. Then I discovered You Tube and Roger became an overnight sensation over night, racking up as many as 45 views per film. Viral was not the word - in fact more of a small sniffle than a virus. Nevertheless, Roger carried on undaunted and soon he became the regular host of the Christmas and Easter specials produced by Ravenswood Films and, in so doing, cornered the ex-Army colonial market in seasonal film specials. In fact, I don't know why I am bothering to write all this as he is now so well known.


Seriously, I am very fond of Roger because he is a thoroughly likeable person. So when Stewart suggested that he photograph Roger, I was elated. So, where did Stewart come from? Well, unusually, I was approached by him rather than the other way round. First of all, in July 2014, he wrote to a photographer who had already photographed me and his message was forwarded on to me. But that was a slightly strange time for me because I had only come out of hospital about six weeks before and I was feeling a bit odd and lacking in confidence and so Stewart became lost in a morass of unanswered correspondence. But Stewart did not give up: he wrote to Jane asking her to ask me to contact him and contact him I did and we set up a meeting in cafe where we talked about the project and his enthusiasm for it. He is such a nice bloke and so I knew that we would have a good shoot. I cannot remember how Roger Destroyer became the focus of our collaboration but, in the weeks that followed, we exchanged emails about a possible location for Roger to be photographed but this never really came to anything and eventually, we ended up agreeing that Roger should be captured in his own habitat - my house.


On the day of the shoot, Stewart arrived, raring to go. I showed him around the house and he went for the basement first because of the lovely gentle light down there. He wanted to experiment and we talked about various poses, both topless and clothed and ended up with me naked and screaming silently, raging against my illness and we checked the images in the back of the camera and they really worked well. 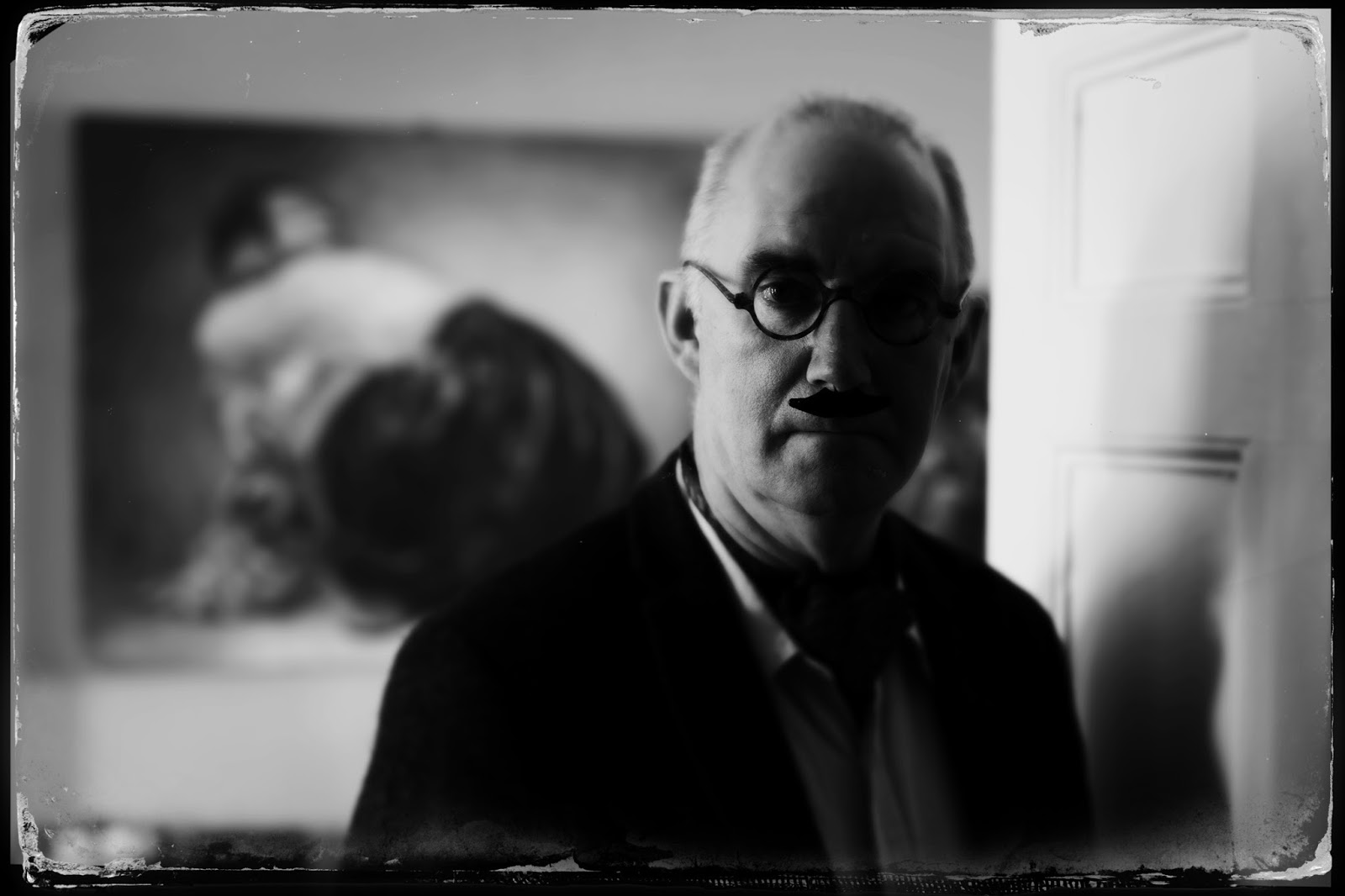 But Roger was waiting in the wings and we went into the sitting room for those and I have to say that these worked superbly. Stewart really understood Roger and my fondness for him and I think he has captured the essence of the man wonderfully well in this shot. And, by then, we were both more relaxed having got some good shots already under our belts. Stewart sent me a selection very soon after the shoot - in fact I  think it was the next day -  he doesn't let the grass grow under his feet - and they were good, very good but there was absolutely no doubt in my mind that Roger was going to be Stewart's contribution to my project. I am always impressed by how good photographers capture the inner truth of the person whose portrait they are taking and this is no exception. Yes, I am not really Roger but he is real to me and Stewart recognised this and has produced this wonderful image. I am so proud of this.