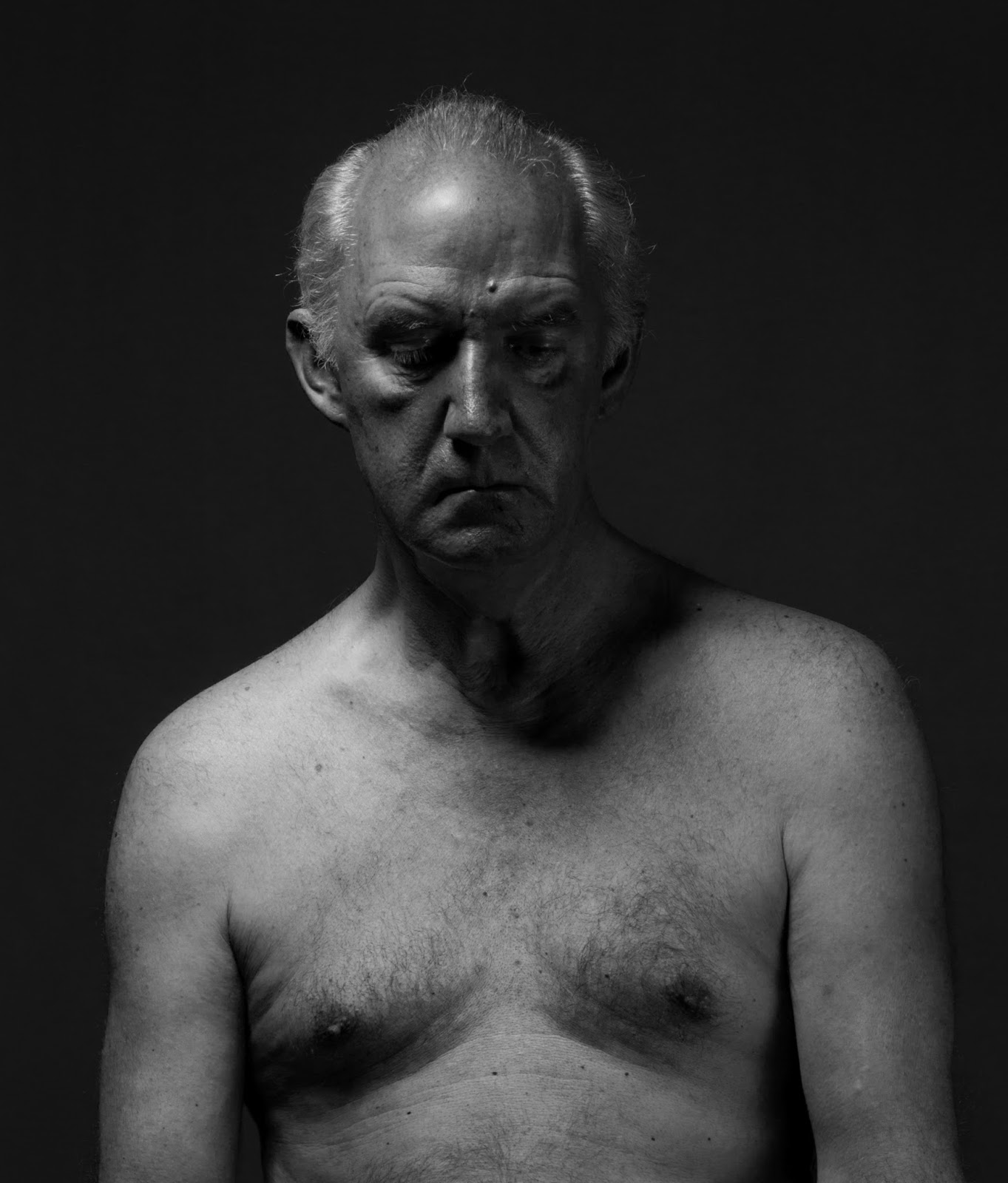 Tobias Slater-Hunt is a superb photographer who lives in Brighton and was introduced to me by the lovely Justyna Neryng, another brilliant photographic artist. I have been trying to cut down my photographic assignments to concentrate on getting things ready for the PhotoFringe exhibition in Brighton in October but the one person I was desperate to work with was Toby. I first met Justyna when she shot me in June 2010 and it was soon after that shoot that she explained that Toby was very interested in photographing me. I looked at his website and found that he was a very innovative and exciting photographer and so the prospect intrigued me.

Shortly afterwards, we moved to Brighton and gradually got to know Toby and Justyna socially and indeed I was photographed a second time by Justyna and on this occasion, Toby was assisting her and I was very impressed at how he allowed her to run the shoot and was very sensitive when he was asked his opinion but more importantly when he was not but though to make a comment any way. In the meantime, one of his own portraits had found itself in the final shortlist of 60 for the Taylor Wessing Portrait prize in 2011 and very well deserved it was too. I was also up in Edinburgh when no other than the great Laurence Winram, completely out of the blue, expressed his admiration for Toby's work.

It still took another three years before I was actually in front of Toby's camera at a lovely studio just up the road from us and the image above came out of that shoot and what an image it is; it exudes such power and such grace.
It is his attention to detail that I admire so much and his patience. That said, he had the time to discuss what he was looking for and he was strong in his direction of me in our shoot. However, following my Deep Brain Stimulation surgery, I now fell into his Metamorphosis project dealing with people whose physicality has been changed by surgery, be it medical or cosmetic, and so Toby kindly asked me to return to his home studio for another session which I did only a few days ago. Again his meticulousness came to the fore as he used up two rolls of film in his quest for the right image.

I am waiting to receive some pictures from this second shoot but wanted to put Toby on my map so far as my Blog is concerned and here he is.
Posted by Tim Andrews at 12:28