All good things come to those who wait. I wrote to Simon on 13th March 2010 and, sure enough over four years later, we met on Brighton beach for him to photograph me. Actually, it is likely that that first email in 2010 fell into his Spam and he never read it. Having in the meantime moved to Brighton, I started to hear more about Simon and not surprisingly because he is a very good and a very successful photographer. I have learned that the two do not always go together but, in Simon's case, they most certainly do.


Anyway, fast forward to 2013 when I wrote again and this time he replied saying that photographing me was an "intriguing proposition" and asking me to give him a flavour of the other photographs that had been taken. I duly sent him a link to this Blog and also a link to the video of The Culture Show that had featured my project when broadcast in 2011. However, Simon is a busy man, understandably, and it wasn't until early 2014 that we finally met to chat about the shoot. It was then that Simon revealed his idea which was to photograph me photographing myself. He thought we should try the beach and maybe somewhere else but, as it happened, I took my own self portrait on the apron to the short brick pier near the bandstand and sent a copy to Simon and he agreed that that was where we should have our shoot.


Finally, we met there on 8th July at about 5.30am. As he requested, I brought my Rolleiflex with me and my tripod and remote shutter release. As I know nothing about cameras, Simon very kindly agreed to set up my shots and, as I posed for my self portraits, he took his photographs. We must have spent about an hour doing this from various angles until Simon said that was it.


I then received  this one photograph and, of course, it is brilliant and will have pride of place at the show at the Create Gallery in October along with, at Simon's suggestion, the contact sheet of the photographs I took that day, some of which didn't come out too badly. But when you have one of the great photographers helping out, what do you expect? 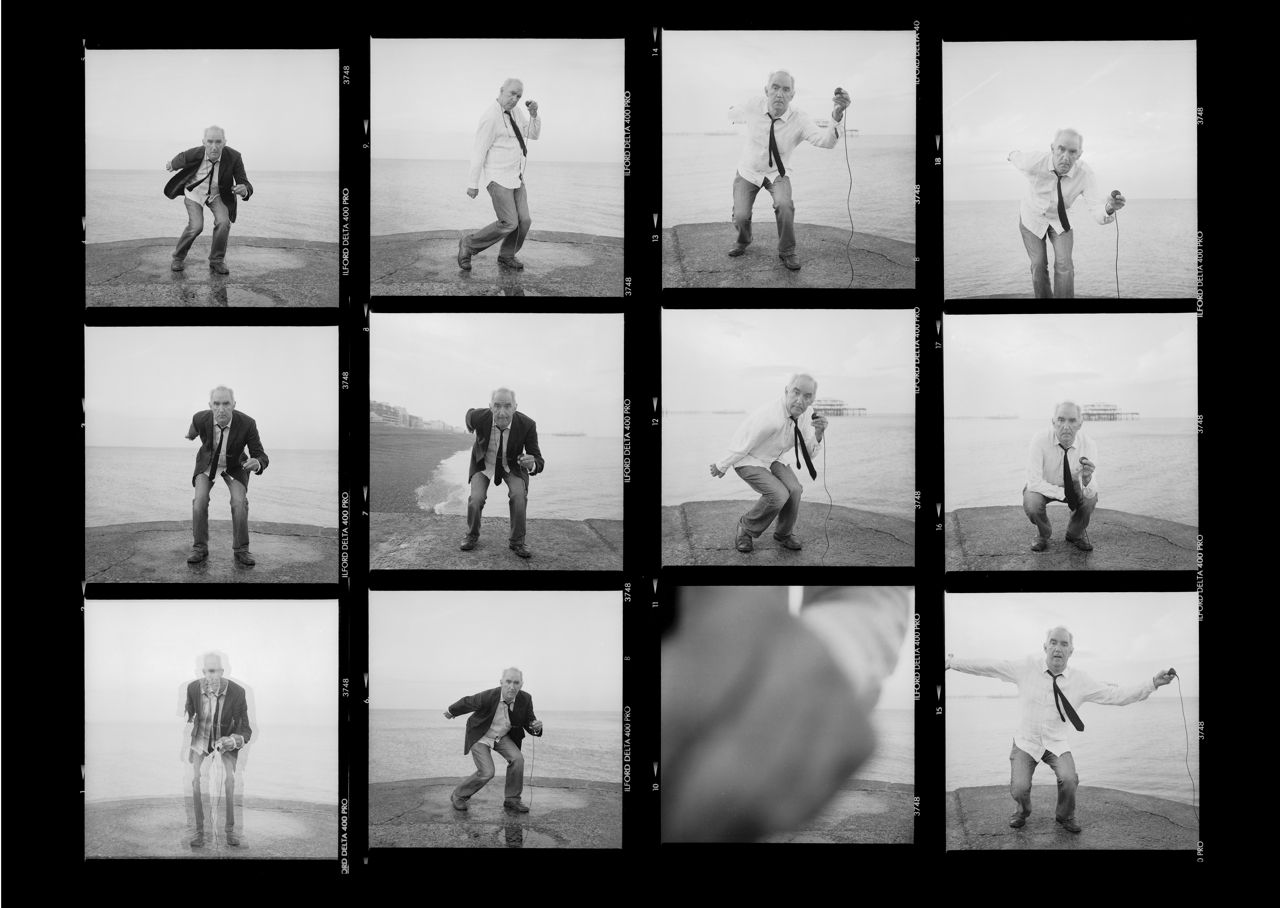 Simon is a very nice guy. He is quite serious, particularly about his work but he has a warmth and a little twinkle in his eye which shine through when you get to know him. And he is an excellent photographer. How do we know this? Well, look at this photograph - it is full of movement; my pose and the contrasting slow swell of the sea beyond which also provides the perfect backdrop. The colours are beautifully light, the silver blue of the water, the yellow buoy, the paler blue of the sky, the rich green algae on the sandstone pier, my skin made ruddy by the sun and the wind, all combine to produce a gentle kaleidoscope of different hues that melt together to give us image that is like a magic potion poured over the page. Delicious.