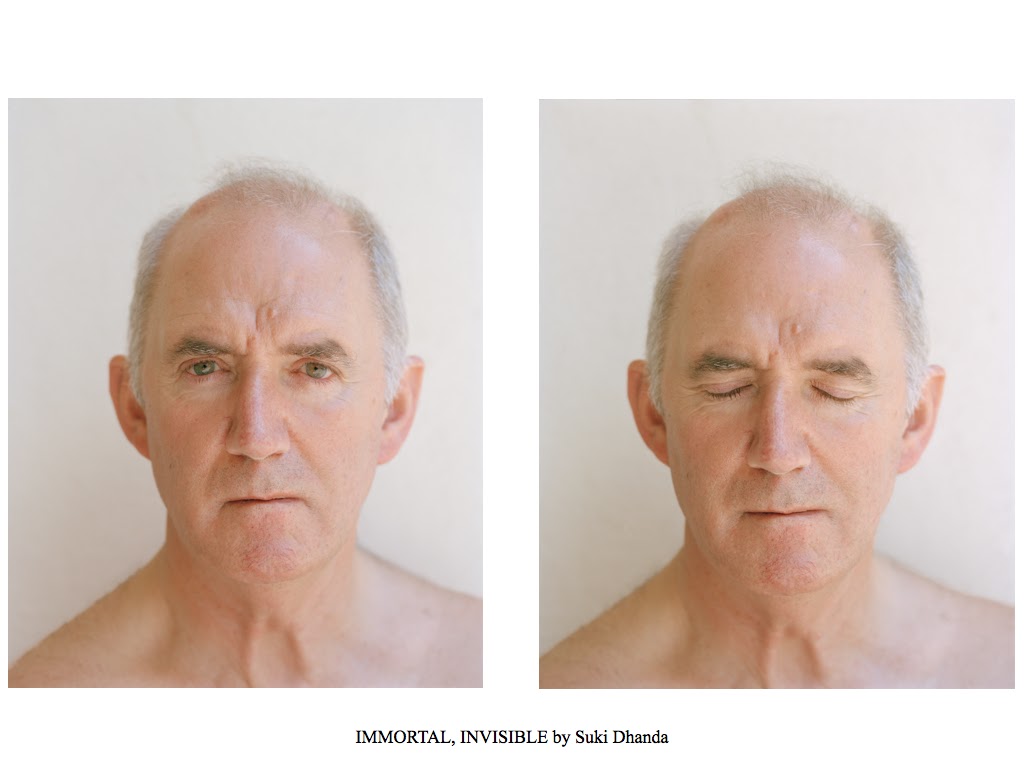 
A few days ago, someone asked me I believed in God. People say that God is Love. Well, I believe in Love so maybe I believe in God. It doesn't necessarily follow does it? What do I love? I love these photographs. I love them not only for what they are, beautiful images taken by the beautiful Suki Dhanda but also for what they say about that day. A day of gorgeous sunshine, of summer warmth and of collaboration. They are clear, clean pictures of me. Tim. That day. That most blessed and most glorious day when Suki and I finally met.


Suki had a photograph published in The Observer on 31st January 2010. I liked the photograph enough to look up the rest of her work on her website and I found someone who clearly loves her fellow human. She is interested in who they are, their weaknesses, their vulnerability, their quirks, their thoughts but she portrays these as strengths.


I wrote to her and, at first, she said that she was interested but then, after a short exchange, she explained that she could not really commit to photographing me at that time. Then, two years later, I saw another photograph by her this time published in The Guardian. I wrote to her, forgetting that we had been in communication previously. Again, she expressed an interest and pointed out that we had corresponded before. But, again, after an exchange of emails, she withdrew. She explained that she had some things going on and that she was not sure she would produce a good portrait of me. Well, I might have given up by then but, as she was not quite saying no, I had another go a year later in November 2013. No reply. I wrote again in June 2014. She replied saying yes and, within a month, we were together in Brighton.


She wanted to photograph me in natural light in a place where I walked. The only place where I walked on a regular basis was the road leading down from our house to the sea every morning to go for a swim. We walked down this road together and, as we walked, we conversed about life, the colour of walls, me, her, everything. We found a plain wall in an entrance to a small private car park and I sat on the ground against this wall and Suki took her photographs. They were on film so there were not that many but Suki took her time. It was measured, serious and altogether quite beautiful. All those years I had been pursuing her, all those places we had been in that time, all those thoughts, hopes, doubts, fears were decanted into that small space on a pavement in the sun by that wall that day. There was nowhere else for either of us to go. Suki's moment had come and look, look what she produced. The most beautiful pictures. They say nothing about Parkinson's Disease, they say nothing about my life, they say nothing about my environment. They say this is a man with his eyes open and with his eyes shut. Do not judge him by his illness, by the life he has led or by where he lives. He is a human being just like you. No more, no less and that is enough.

......we blossom, we flourish as leaves on the tree,
we wither, we perish but nought changeth thee.