HEAD IN THE CLOUDS by Nicola Benford

It was with the proposed show at Create Gallery in mind that I made contact with Nicola as I thought she was still based in Brighton having initially seen her work mentioned on the University website. However, having seen the quality of her work, I also knew that she was a very exciting prospect. So, I wrote to her in December 2013 and she replied that, as she was working full-time, she wouldn't be able to shoot me just yet but she did look forward to working with me.


Eventually, we started making firm arrangements for the shoot and she asked if I has anything bright and breezy to wear. I had just come out of hospital having had my Deep Brain Stimulation surgery and, whilst I was in there, my darling brother had bought me this dressing gown made of pure silk - Nicola thought it was perfect. By now she was living in London but her parents brought her down with all her equipment and she looked through the house for a suitable spot and we tried some in our sitting room with me lying on our chaise-longue whilst listening to random selections from my 45 vinyl record collection but eventually we ended up in the room with the half-painted walls. She thought the white paint looked like clouds. At one point I dug out these glasses which I wear when I play Roger A Destroyer in my silly films and it was because of the glasses that I chose this particular image. I thought the brown frames provided just the right contrast with the other luscious colours in the shot. 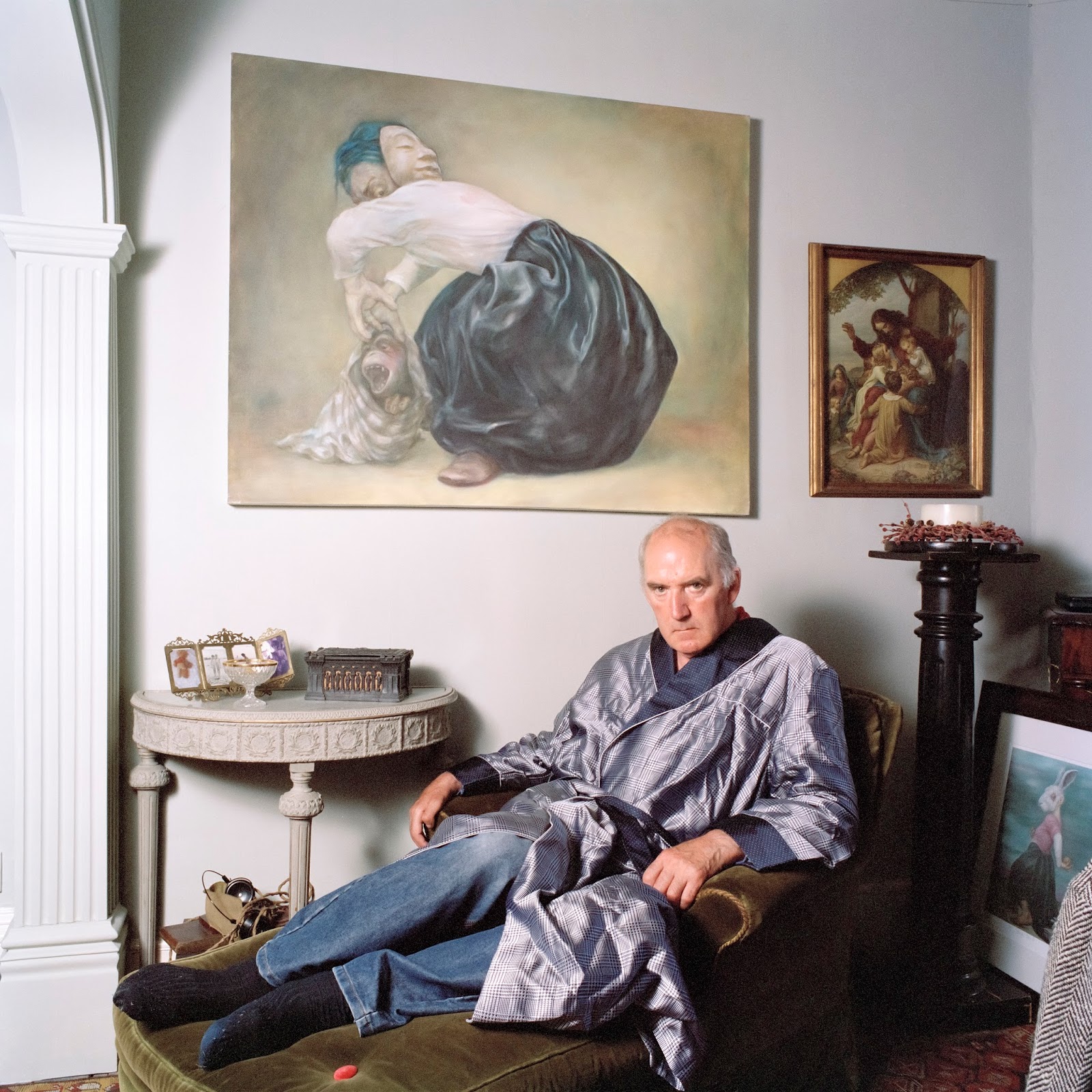 Nicola was a delightful companion during the shoot and I was pleased that she was using her Japanese Bronica camera because there is something about them that is so reassuring. Not only do they make this wonderfully solid clunking sound when the photograph is taken, but also the results are so rich and deep. As I have said many times, I know nothing about cameras but I thought it was a reasonable guess at the outset of the project that about 90% of the photographers would use digital but in fact it must be about 50/50.


Nicola is a superb photographer and I was not disappointed when I received the photographs - they show what talent she possesses and that she will go far in her chosen profession. As with all talented young artists, she needs that lucky break but that will not be enough. She also needs to persevere and keep learning but having spent a few hours with her, I have no worries on that score.