I opened the Sunday Times magazine on 17th November 2013 and saw a great photograph by Charlie Clift and then looked up his website and saw some of the best portraits I had ever come across so, what did I do? I wrote to Charlie asking him to photograph me and he said he would. Then there was along gap because this was the period (early 2014) when my Parkinson's began to get really bad and I found that my 24 hour day was being eroded to the extent that there were really only 4 usable hours each day and you can imagine what that did to my ability to keep up with email correspondence. Anyway, Charlie didn't forget me and chased me up and within a few weeks we had set a date in April for the shoot. We decided to go to the beach because he liked the idea of photographing me where I was happy to be. I had already started swimming by then  - in fact my first swim was at 5.30am on 1st April. 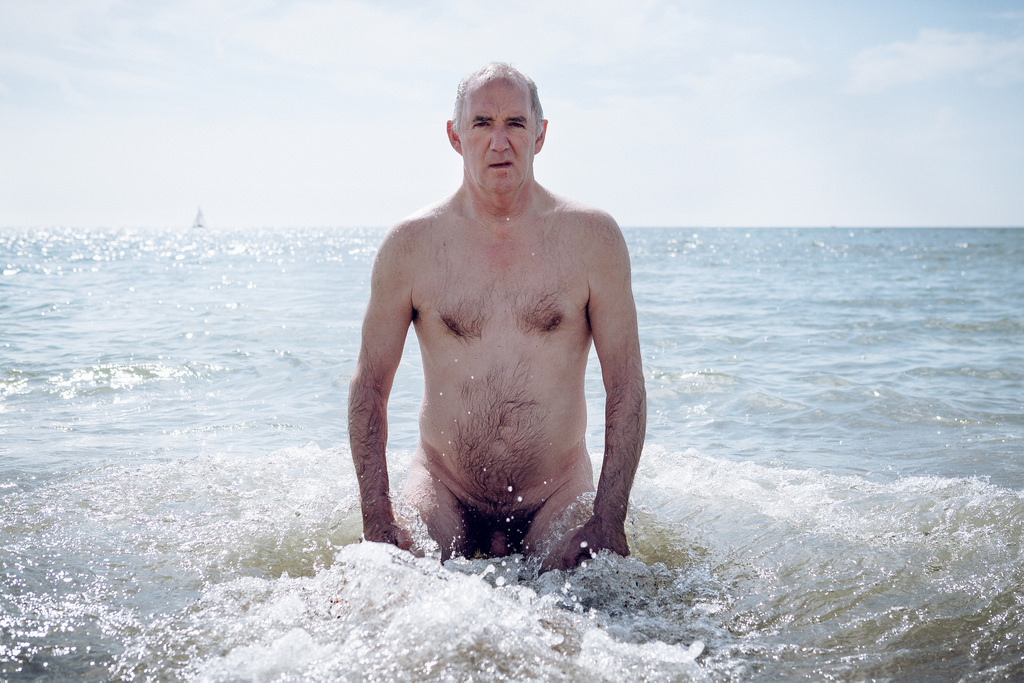 I really enjoyed my day with Charlie - he's a funky sort of guy. What's funky? Oh I don't know - his minds jumps all over the place and we ended up talking a lot about different subjects but although his life is very different to mine eg he is younger, hipper, he is a photographer and a traveller, we found that we had a lot in common in so far as our views on life, friendship and music were concerned. I have said this many times before but this is why this project is such fun. The photography is great but the connection with another person who is essentially a stranger is what makes it so energising. 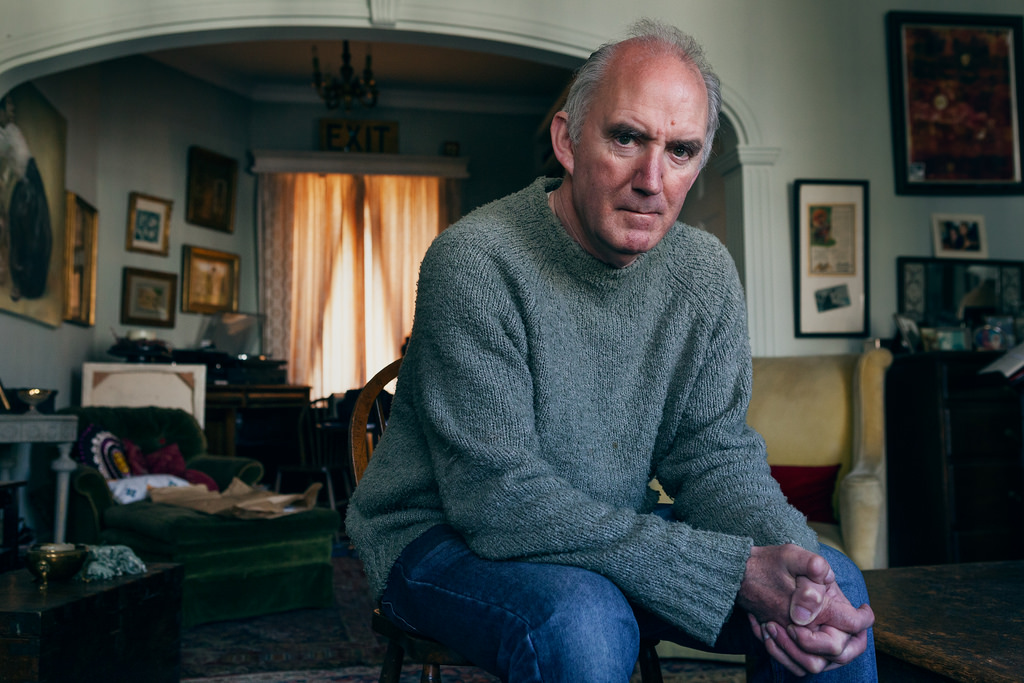 Back to the shoot. Charlie asked me to lie on the sand and allow the water to rush over me which was a little scary because, as I say, due to my illness worsening, I wasn't so capable as I used to be. We did some with pants on and some with pants off but the beach was pretty deserted so I didn't offend anyone. We then returned home and did a few more there. Charlie the sent a selection of shots to me but this coincided with my brain surgery so again I didn't respond immediately but, in the end, this was his choice and I am very happy to go with it. I says a lot about me. There is happiness and hopefulness in my face and also a few places where I nicked myself shaving but that sort of says something too. And that's what Charlie does so well - he captures the real person and he does that by engaging with him and discovering what he is about. I am sure lots of other photographers do that too but Charlie does it particularly well as you will see when you tap on the link to his website below.