ALL YOU NEED TO KNOW by Laura Stevens

All you need to know is that this is an almost perfect photograph. I love the tone and the light and the colour and... well, everything about it. The fact that I am surrounded by the things in that room which are so familiar to me and which, in the main, Jane has brought into our home. I also love the shape of my rib cage, the strong tufts of my pubic hair, the sallow light on my body and the abandon of my pose.


I first heard of Laura in 2012 when I discovered that she had photographed the poet Clare Best with whom I am now involved in a separate project. Clare decided to have preventative bilateral mastectomy without reconstruction because of the strong likelihood that she would have breast cancer at some stage and she arranged with Laura to photograph her both before and after the surgery. I was interested in the way that Laura was affected by this experience and so I looked at her work on her website and as I did so, I felt this zing of excitement at the possibility that she might wish to photograph me in the same intimate way she appeared to approach all her subjects. Another zing arrived when she said yes, she would like to photograph me. She asked what, having seen her work, I wanted to get from working with her. I explained that I had seen how she had climbed into her subjects' lives and achieved a real intimate connection and the more I worked with photographers the deeper and further I wanted to go and, having seen her work, I felt I might achieve this with her.


At first, we talked about meeting in Paris, where she lives, as I was planning a trip there before my Parkinson's suddenly took a nosedive, but she really did want to photograph me at home surrounded by my own possessions and she made the trip over to Brighton with loads of equipment to do so. I had never met her before but we sat and chatted with Jane for a while and it was very pleasant and we both found her easy to get on with. She really liked our sitting room and that was what she plumped for as the location for the photograph. 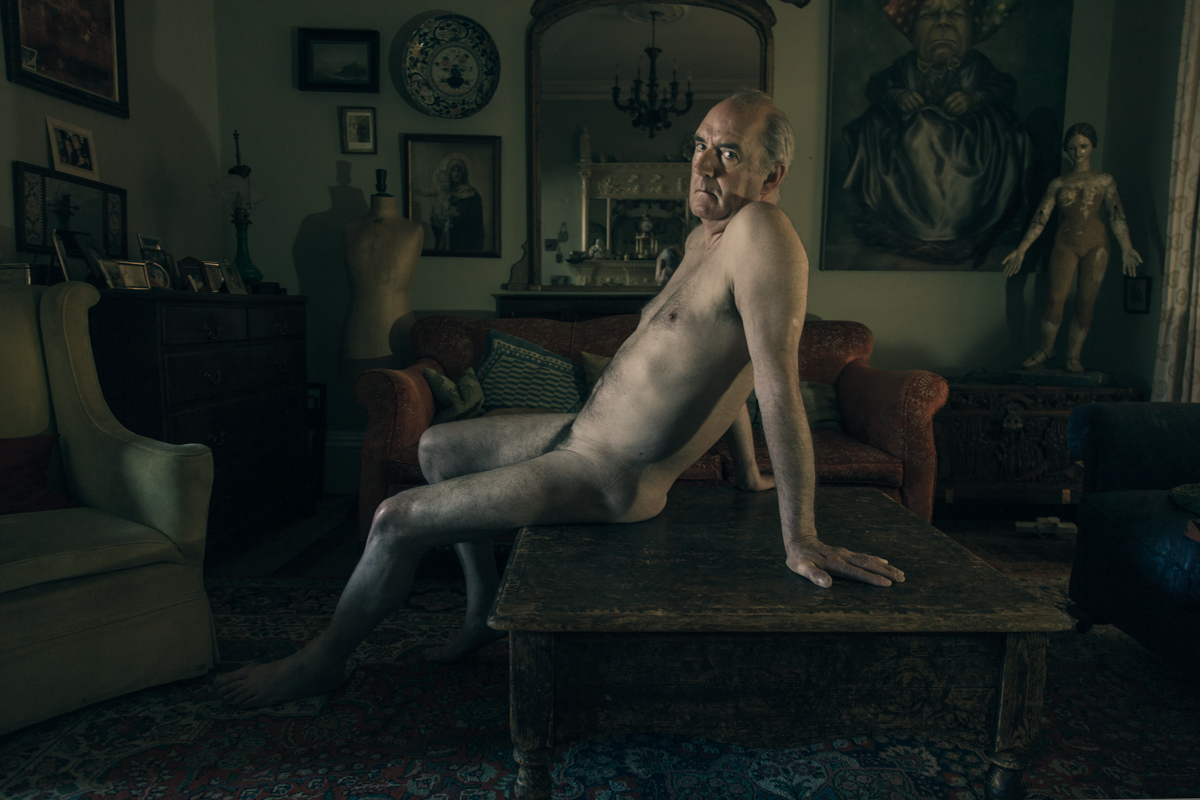 We talked briefly about me being clothed to begin with but soon ditched that idea thankfully as although her photographs would have been great either way, naked was obviously the right way to go. We chatted a lot during the shoot about this and that and it was a very relaxed session. Laura directed me as to how she wanted me to pose and I added a few little bits I think. I received the images a few days later and I adored them. They were as good as I could ever have hoped when I first saw her work. I urge you to look at her website for more of the same. Laura is a lovely open person who is extremely adept at what she does because she has insight and a real desire to examine the lives and the feelings of her subjects. I feel very proud indeed to say that I have been photographed by her.