THERE WAS A TIME by Katerina Iacovides 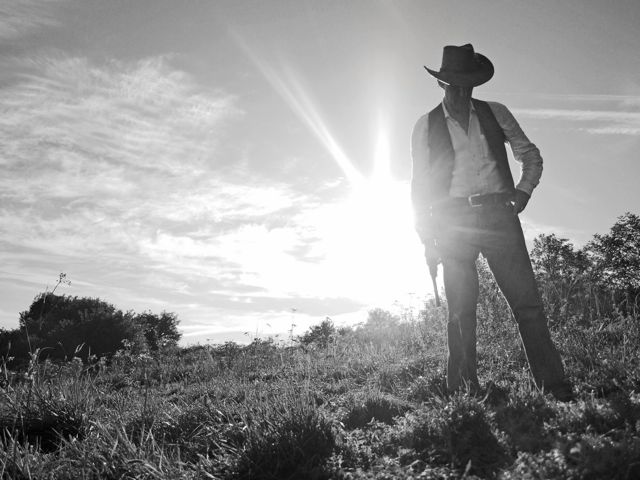 THERE WAS A TIME by Katerina Iacovides


I came across Katerina's work during yet another trawl through the photographs on Flickr and I was very impressed by how bizarre and exciting they were so I wrote to her straightaway and received an answer almost by return in which she asked if there was any particular style of her work that I liked. She also explained that she would like to create something for me that moved in a different direction from previous images in my project - something that would inspire both of us. I love it when this happens ie when the photographer starts thinking immediately what he or she will do with me. I find it very moving somehow. She also said that she would like to meet me beforehand as she liked to get a feeling for a person before jumping straight into creating a portrait so we arranged to meet at Paddington Station where we discussed each other's work and ideas began to take shape.


Katerina also made it clear that she had a tendency to improvise so it was no surprise to me that the shoot encompassed a lot that we hadn't previously discussed. On the day, we did some shots inside the house and then outside using an old ornate picture frame and we ended up going by bus to Devil's Dyke on the outskirts of Brighton where we shot some cowboy pictures. It was a beautiful day and Katerina was a very interesting person to talk to and an extremely pleasant companion so it was all jolly good fun. Gosh, I am such a lucky guy to have days like these. 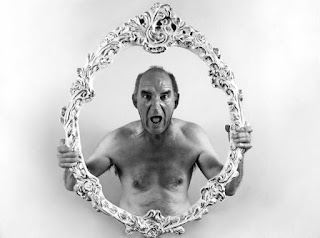 Well, afterwards I received some really quite wonderful images from Katerina. The first one was with the frame and I would have been very happy with just that but then she sent the cowboy shots from Devil's Dyke which I adored and then finally the Digital Art images which were glorious. 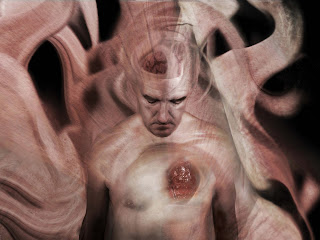 And yet something kept pulling me back to one of the cowboy photos. I think it was the connection with my childhood love of westerns plus the fact that we had such a lovely time doing them together. So I plumped for this one - it has an elegiac feel to it and although I loved the tones of the colour shots, the black and white suggests a more historical feel even though the western films I saw in my youth were generally made in colour. Katerina was happy with the choice too. She managed, very subtly, to draw out of me elements of my past ie the cowboy but also present it in a very romantic and cinematic way which is really what I'm all about. Romance and the Movies - that'll do me!

Katerina - a delightful woman and a very creative photographer.