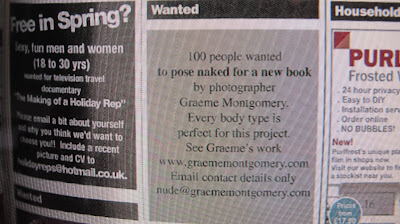 
However, I had begun to feel a lot better physically due to the fact that I had started taking my Levadopa medication a few months before. I had been diagnosed with Parkinson's Disease in November 2005 But I was advised by my neurologist that it would be better to hold off going on the medication so that it would last longer and be there when I really needed it. This advice was contradicted by others including neurologists at UCL Hospital in London and the Mayo Clinic in Rochester, USA but eventually towards the end of 2006, we reached a consensus and I began with quite a low dose of Madopar until a neuro surgeon in Bristol, a friend of my sister, said the dose was "sub-therapeutic" and that I should double it. I did so and, within a week, I set off like a blazing rocket into the stratosphere.


I had more energy, more alertness, more everything and, in the process, I left my wife struggling like a beetle on its back, struggling to come to terms with living with a human dynamo after fifteen months of watching her husband gradually fold himself up into an inexpressive zombie. She could see me slowly slipping away. She was losing the old Tim; unfortunately, the new Tim was not quite the ideal replacement. At the speed I was traveling, she was losing me again.


So, there I was with all this dash and drive but I realise now, with the benefit of hindsight, that my normal pastimes, watching cricket, reading, the cinema were all in the main, solitary undertakings and that I was on the lookout of new experiences and through them, new acquaintances to replace  those that I used to make on almost a daily basis in my work as a solicitor.


Then I read the advertisement in 'Time Out' by Graeme Montgomery for people to pose naked for his new book. I thought, why not? I did not have clients to consider or my reputation or that of my firm to worry about and I had no qualms about posing naked. I used to be so shy about exposing my body; I was thin, I lacked self-confidence, I was sexually inexperienced and I was afraid of everything from drugs to The Rolling Stones, from left-wing politicians to homosexuality. Gradually, with a great deal of help from living with my wife, I  began to loosen up and express myself but although being a lawyer gave me more confidence, I had not really been brave enough to present the real me to the world apart from, perversely, a period of acting in my 40s. Perhaps I was still searching for me.

So, I wrote to Graeme and made an appointment to go to his studio in Clerkenwell which is where I found myself on 7th April 2007 and again on 17th June 2016.
Posted by Tim Andrews at 06:27