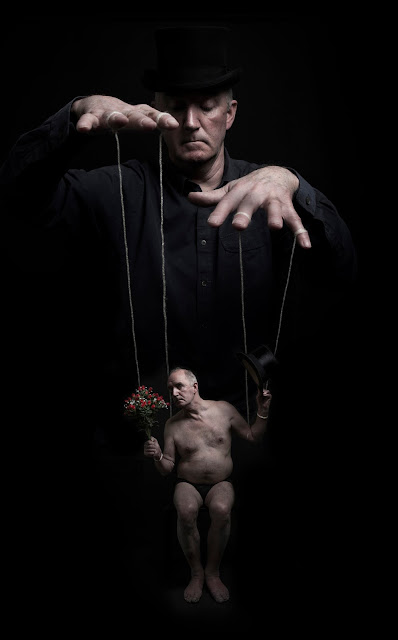 
Incense, singing 'Kyrie Eleison', delivering newspapers, selling ice cream on the beach in the summer, collecting driftwood for the fire on the beach in winter, rushing to get to the pub before 'Time' is called at 2pm, Roast lamb, potatoes and gravy, running to the church with my daughter to shake hands and say "God be with you". Shops closed. No cricket, no football.


Sundays from my past.


Sunday 6th March 2016. Jane drops me off outside Number 20, Wellington Road, Portslade Harbour at 1pm. I press the buzzer and announce myself, a voice answers but is drowned out by the noise of the traffic. I assume it says that someone will open the door and I wait. After about 40 seconds, the door opens and there are Anja and Moa; strangely, I feel that I know them already. They offer kindly to take my bag but I refuse politely and I follow them down several flights of stairs to their studio. It is compact and ready for our shoot. Their faces betray a curiosity about me and also enthusiasm and excitement. They offer me some tea or coffee and we sit in the communal area normally used by the other artists who occupy the building. Today, it is empty. It is Sunday. The cleaners arrive but we speak above the noise of washing up, sweeping and dusting. We talk for quite some time and their mood is infectious. They are so young.


Eventually, we move back to the studio and they explain briefly their idea to me. There will be two photographs combined to form one image. For the first image, I am asked to undress to my underpants and they tie strands of wool to my wrists and forearms. Moa takes this picture but Anja is right behind her, her chin sometimes resting on Moa's shoulder. It is clear that work closely together. and they look at each shot together. I am wearing my grandfather's silk top hat. It doesn't fit but it doesn't matter. I hold up each hand as they direct. After about 20 minutes, I dress for the second image. This time, Anja takes over the photographing duties. They tie longer strands of wool to my fingers; they need to be taut and so I suggest that I hold the end of each strand between my knees and it seems to work. I tell them stories of other shoots. We discuss the subject of nudity about which there is a much more relaxed attitude in Sweden, where they come from.


Then, suddenly, it is over. I have told them already about my films and we watch my stop-motion film, "Good Morning", followed by episodes 7 and 8 of my series, "Morse". The last episode makes them emotional. Of course, I could sit there all day and show them one film after another but I don't. They walk me to the door, again having offered to carry my bag. We kiss goodbye and I catch the bus home. I feel uplifted by the whole experience and I still have this lingering feeling that I knew them before. Maybe we have passed in the street, sat near each other on the beach or stood together at the bar of a pub. Who knows.


Just over 24 hours later, the photograph arrives. I adore it. It is serious, it has humour, it works. I am so impressed. It is a great image, worthy to stand alongside other great photographs in my project. It harks back to the photograph by Natalie Dybisz but this time examines another aspect of my relationship with the child within me. Control. How tenuous is that hold over that part of my nature? Playful, headstrong and immature but, at the same time, fun, free and innocent. Also, my lack of control due to my condition is hinted at. Maybe more than a hint. Maybe not. But, when it comes down to it, it is just a bloody good photograph taken by two talented artists whose youth and enthusiasm for their profession will ensure that they will continue to achieve great success together.

Sunday 6th March 2016. Now past but not forgotten.