A COLLABORATION WITH RAMONA GUNTERT

This is a piece of driftwood sculpture found and fashioned by my mother who numbered running a stall in an antique market among the many jobs she undertook during her life. Born in 1919, she trained and then worked as a dancer appearing in many West End shows before, during and after World War II. After the death of my father which left her to care for five children under the age of 8, she retrained as a hairdresser and later, following our move to West Wittering in 1964, she worked in a mushroom farm, a garden nursery, a pub and then she began to restore and sell antiques.


When Ramona came down to see me in advance of our shoot, she was taken particularly by this piece and I love the solarised effect she has achieved on this shot but this picture is one of a series of five images, the remainder of which are shown below. Ramona admitted that she was not a classical portrait photographer but I wasn't worried about that because my project is not a portrait project nor is it a project about Parkinson's  - it is a project about me at a time when I happen to be ill. Ramona's work on her website does not include any portraiture but it does contain wonderfully seductive still life images which display real thought and vision.  It was these that inspired me to approach her. 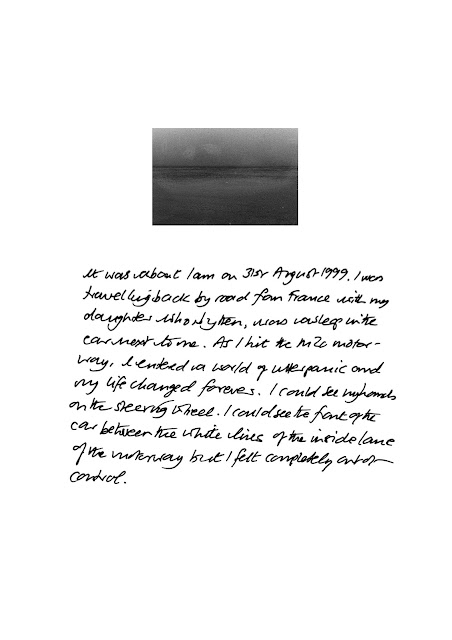 We met on 8th March 2015 at my house and talked a lot about how we could collaborate. I showed her my mother's sculpture and other keepsakes and also we talked about my illness and its effect on my life. Soon after, she wrote with some ideas and suggestions and the proposal that we shoot outside on location in some woods. I welcomed this idea because I feared that the interior of the house might have been rather overdone as it had been the setting for quite a few photographs already. However, after Ramona watched my film "Help", she changed her approach and decided that she wanted to examine the idea of "Control" and that we were more likely to shoot inside. 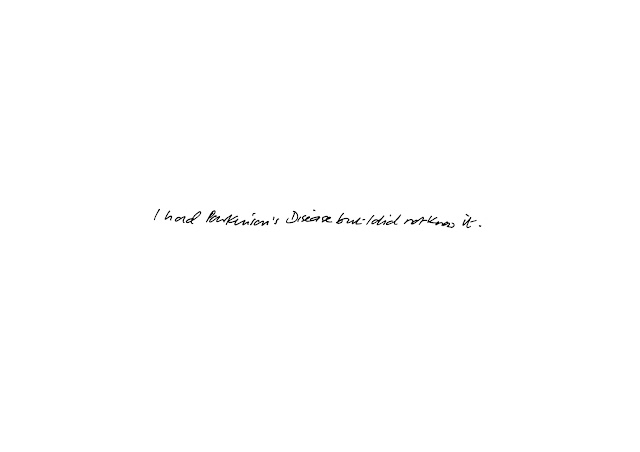 She wrote to me saying that the darkness in my film inspired her and that she "started thinking about the idea of control. Not just losing control because of suffering Parkinson's Disease, but also the loss of control within photography''. She explained that most of the time the sitter passes the control to the photographer. But maybe the sitter isn`t in control at all even he thinks he is ? This question began to interest her and she wanted to explore that together. She went on to say that maybe this collaboration could become more about me rather than just her and her ideas. She referred again to the sculpture being like a dancer and we both noted that the element of movement involved control. Moreover, it was the lack of control over my limbs that I found particularly challenging. 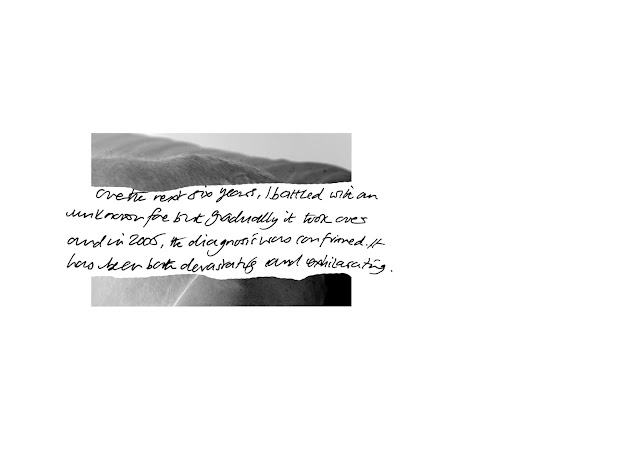 For the shoot she used film (and polaroid) as she liked the slow process of it and setting it up carefully. At times, she closed her eyes and allowed me to 'perform' in front of her camera without exerting any control by directing me to pose in a particular way. At the end of what I recall was an incredibly exhausting yet incredibly fulfilling and thought provoking shoot, Ramona asked me to write and send her some words about control and immediately I thought of the panic attack which I suffered in 1999 which, as I discovered later, was the first indication that I had Parkinson's Disease. 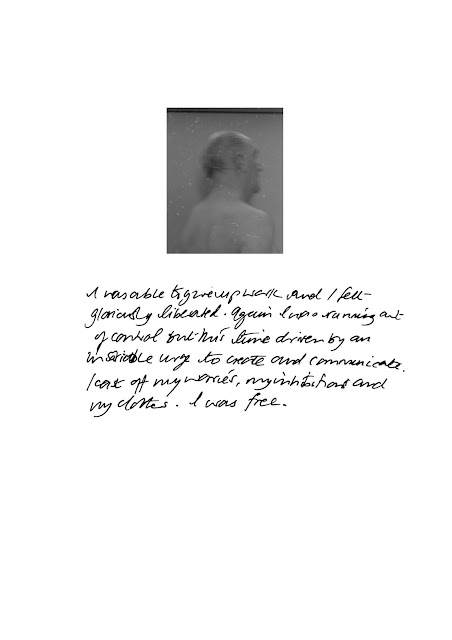 I have to say that this has been one of the most interesting and unusual and testing liaisons I have experienced during the last eight years. Ramona's intelligent and articulate use of the medium has taken my project to a new level and I am hoping that her time at The Royal College of Art will allow for some further collaboration between us. If not, in any event, I shall be eternally grateful to her for all she has given to me.