There was a young woman
called Julia
Whose surname was rather peculiar
It began with an H
and ended with K
If you can pronounce it, well, Hallelujah!

Seriously, though, there is a young woman called Julia who has been assisting me with the organisation and curation of the Over the Hill exhibition at the Create Gallery as part of the Brighton Photo Fringe. I wouldn't say that I could not have done it without her help but that her help has been absolutely invaluable. She has worked tirelessly at a time when she has had a lot on her plate with moving, looking for a new job and various other activities that she tells me about but, as I don't listen, I can't tell you what they are. No, seriously, she is involved with the Arts Forum and the Big Screen on the Beach in Brighton.

Her background is marketing and this has come to the fore as she has set up an interview with BBC Radio Sussex as well as with three TV stations including BBC South. She has also secured sponsorship with Bang & Olufsen in Hove where the manager, Mike Sparkes, has been incredibly helpful by lending us two super duper televisions so that the nine films being shown at the exhibition can be seen to their full advantage. She has also arranged for 4Print & Design in Hove to produce 1,000 flyers free of charge as their contribution to the event.

She is clever, resourceful, hard working, positive, intelligent and an excellent photographer as the above image shows.

So, Julia Horbaschk, thank you for everything!

UP ON THE ROOF by Melanie Manchot

It was in June 2012 that I first discovered the work of Melanie Manchot. She seemed to be so interested in people and yet placed them in unusual settings e.g. in the bath, on a roof, in a forest - not unusual in themselves but there is rarely a conventional portrait. I found that very refreshing and exciting too.


We met upstairs in the Boundary Cafe in Shoreditch a few months later where we talked about me being photographed up there but then "things" intervened and it wasn't until early 2014 that we began talking seriously again about the photograph. This time though, I wasn't going to miss out and so we made a date in the summer but then I had to cancel due to my patient programmer being adjusted following my Deep Brain Stimulation surgery in May. In the meantime, Melanie had found another location in Peckham which sounded perfect. so, on a beautiful late afternoon on 3rd September, seventy five years to the day after we declared war on Germany, I was photographed by this fabulous German photographer on a roof in Peckham!


When I arrived at Peckham Rye station, it was almost five o'clock and the place was buzzing as people rushed hither and thither like ants disturbed in their nest. I got a bit lost and so Melanie came to find me. Of course, I hadn't seen her for two years and so I wondered if I would recognise her but then this smiling face appeared from the crowd and advanced towards me with her arms outstretched and walked straight past  - it wasn't her. No, seriously, she did appear from the teeming mass of people just released from their places of work and hurrying home by foot, cycle, skateboard, bus and train and we hugged and kissed after I had made sure it was her, of course. She took me to Bold Tendencies on the very top floor and introduced me to her assistant, and then explained what she wanted to do. She had set up a table, the top of which was level with the parapet wall and said that she wanted me to stand on this with the City of London as the backdrop. The view was amazing and I couldn't wait to get started.


We tried various stances and she was very pleased with all of them. I suggested that perhaps I could be a bit more dynamic and she was happy for me to try but, for some reason, I felt a bit too self conscious and so I wasn't particularly confident that they would be any good. However, I do feel that, if I have an idea like that,it s always best to say so because, now and again, it could work. That said, it doesn't happen very often and that is why I am the model and not the photographer because it is the photographer who sees what will work so much better than I can. And, boy, did this work. As Melanie herself has said, it has an interesting tension. It is a stunning photograph. I am up here looking down on the city I love. I am safe. I am sound. 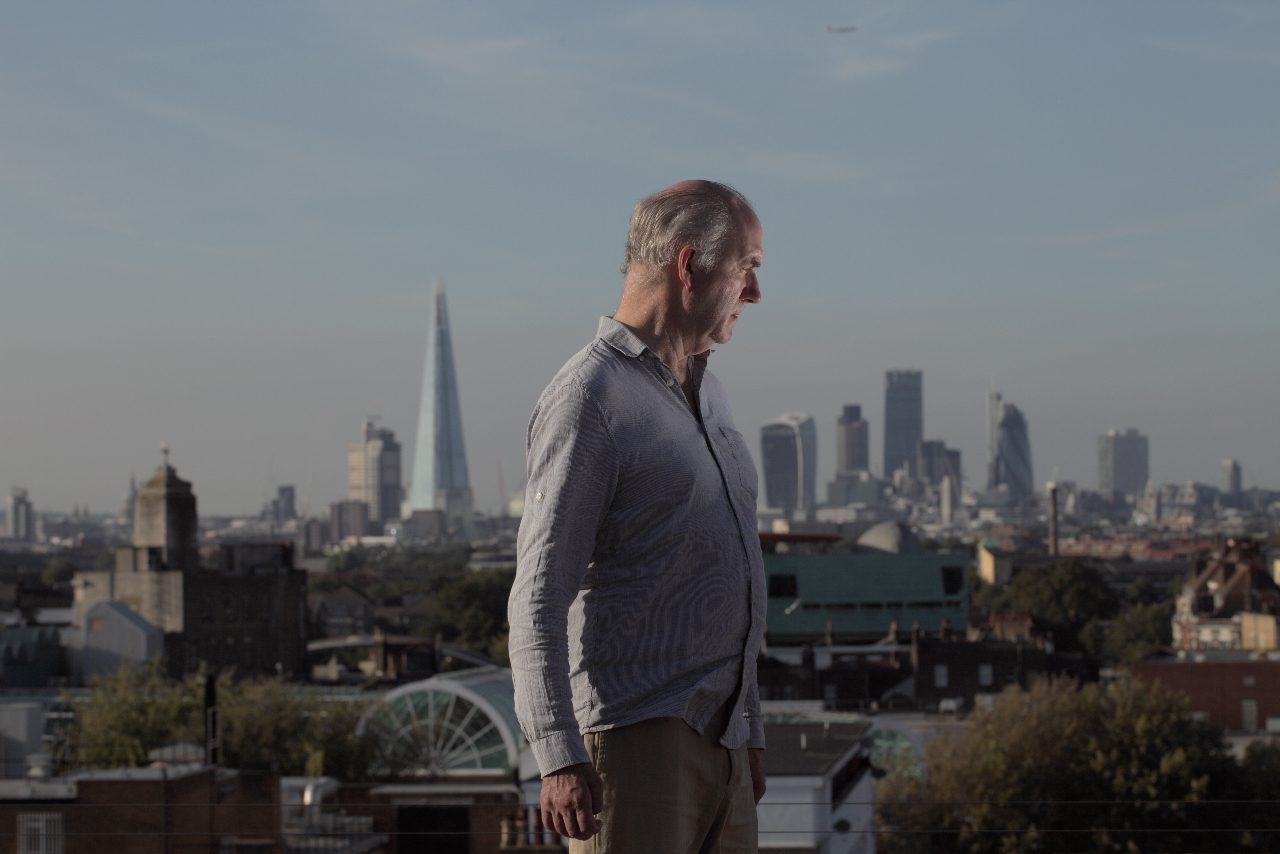 When I was at University in 1971, Carole King was at her peak. I bought her album"Tapestry" and it is full of wonderful songs. I went to the original Virgin record shop in Tottenham Court Road and in one of the cardboard boxes used to display the records, I found an earlier album of hers, "Writer" the last track of which was "Up on the Roof". I remembered that I had heard it before sung by a guy called Kenny Lynch. I bought the record and took it home and played this track to death. The roof is a place I often go to in my mind where I just only have to wish......(I'm wishing)...........to make it so.

WEBSITE: http://www.melaniemanchot.net/
Posted by Tim Andrews at 01:20 No comments: