I'M ONLY SLEEPING by Carolyn Cowan

When I came out of hospital after my Deep Brain Stimulation ("DBS") surgery, I felt quite odd partly because, having been institutionalised for two weeks, I was back home to  a different, albeit familiar, routine. So the hospital stay had sort of dislodged everything for me and I found myself thinking that it was another opportunity for change. Also, before I had gone into hospital I had been losing more usable time each day- I have likened it to having a small area of a huge lake fenced off for me to play in and then I came out of hospital to find that the fence had been removed and now I could play anywhere I liked in the whole lake. I was very unnerved by it all and even considered making the 300th photograph (which had been taken in the hospital operating theatre) the end of my project. However, on 17th June 2014, I found myself travelling by train to Sanderstead on my way to a shoot with Carolyn Cowan.


I came across Carolyn when I was making cards and stuff for Jane's 60th birthday; I needed to find a photograph of the Sissors (sic) Hair Salon where Jane had worked in the late 1970s and, in the process of research, I came across an item where Carolyn described how she had worked there at around the same time.It also said that she was a photographer and so one thing led to another and Bob's your Uncle, I found myself corresponding with Carolyn. 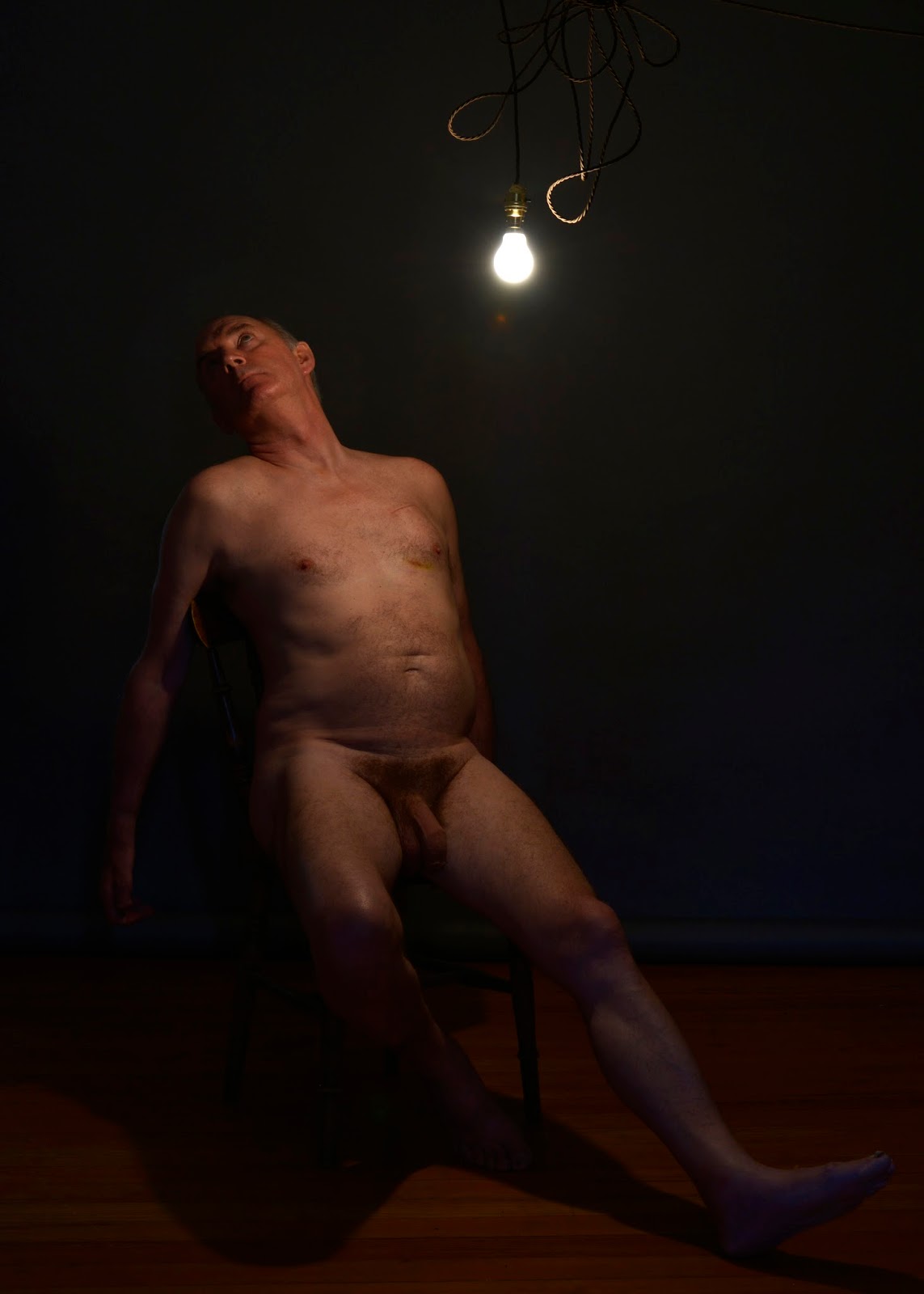 On the day of the shoot, I went to her house which she had bought quite recently and it had a lovely feel about it. Her studio was in a large room with french windows leading out into a very pleasant, slightly overgrown garden. It was the height of summer and bees were buzzing and birds were singing and wasps were wasping and it felt good to be back in the swing of things. I really liked Carolyn; she is tall and striking, slightly laid-back and she has interesting stories to tell and I love her photograph of me. She had the idea of the single light bulb at the outset but we tried various poses with it and this was the one that jumped out at me when I received a selection of images soon after the shoot. A simple but very effective idea beautifully realised. It has the look of an Old Testament plate showing a man lying on top of a shroud which has fallen or been taken off his body - but I'm not dead. I'm only sleeping.

I came away from her house thinking that the project was going to continue for a little while yet. Thank you, Carolyn.
WEBSITE: http://carolyncowan.com/carolyn-cowan-photography/
Posted by Tim Andrews at 10:27 No comments: