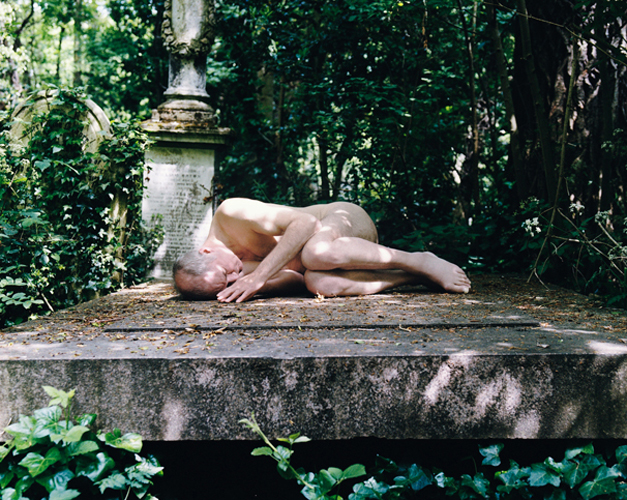 Liz first photographed me in December 2009 (see previous post) and we have had several more shoots since. She mentioned to me recently that there had been a resurgence of interest in her photographs of me in that they have been featured in "The Story Behind the Photo" section of The Photographer's Gallery website. They are also going to appear soon in the online magazine TRIP.


Liz is an amazingly energetic photographer and is so willing to experiment. She is a very engaging person and, as soon as I started working with her, we clicked. The feature does not in fact tell the whole story behind the photo in that, when we did the "Box" photos in her garden, there was an old couple gardening next door. As we finished the shoot and I emerged form the cardboard box stark naked, they said hello to us both over the low fence dividing the two gardens without batting an eyelid. But then later, Liz and I and her assistant went to a local Victorian cemetery where the above photograph was taken. Liz wanted to find a suitable gravestone next to which she intended to place the box and photograph me again. The cemetery was beautiful - it was full of birds singing away in the summer sun which was peaking through the lush green leaves sprouting from the heavy solid dark branches of the trees which had grown from nothing over the last hundred years or so. There was hardly a soul to be seen as we strolled along the narrow pathways on either side of which were graves large and small, gothic and simple. All was peaceful both for us, the visitors, and for our deceased ancestors lying in their final resting places surrounded by the glorious woodland, the floor of which was covered by a crochet of ivy and bramble and dead twigs which snapped and crackled under our tentative footsteps. 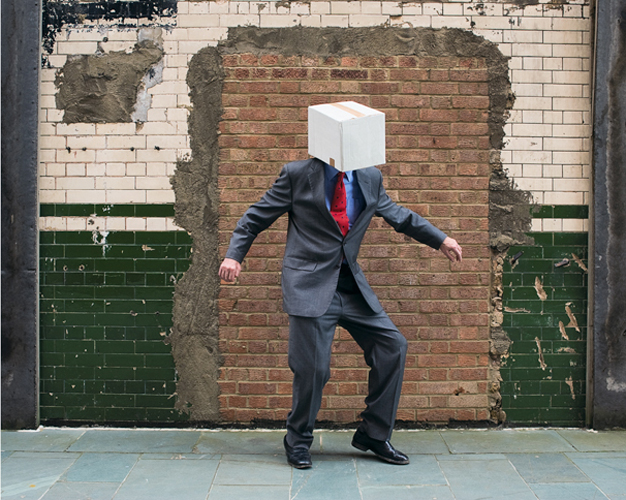 We found a spot in a clearing and I undressed but, just as I climbed into my box, we heard a voice ring out "Oi! What are you doing? That's my parents' grave!" I was out of there in a flash and threw my clothes on whilst Liz started explaining to an old man, who seemed quite distressed, that it was an artistic project and I had Parkinson's disease and that no disrespect was intended. I began to shake for good measure and then I began to shake some more as three policewomen rode up on their pushbikes. As Liz repeated her explanation to these fine young officers of the law, a rather strange thing happened - out of the surrounding woodland there slowly appeared several single men holding carrier bags and knapsacks and they stood around us not saying a word, like silent witnesses. Meanwhile, the old man began to back off - in fact he seemed suddenly so amenable that I wondered if it really was his parents' grave and whether, in fact, he was merely challenging our mini invasion of his and his non-speaking friends' little home from home. The Police were fine and suggested we chose a different time on another occasion and they departed leaving these men to slowly melt back into the undergrowth.


We sat down on a bench and Liz said that we could start again in a while but I politely demurred saying that I was somewhat freaked out by the whole episode, which I was. So we left the woods to the various creatures which inhabited it and we haven't been back since.


These are some more of the wonderful photographs which you can see online. I am not at all surprised that there is renewed interest in Liz's work  - it is very special. 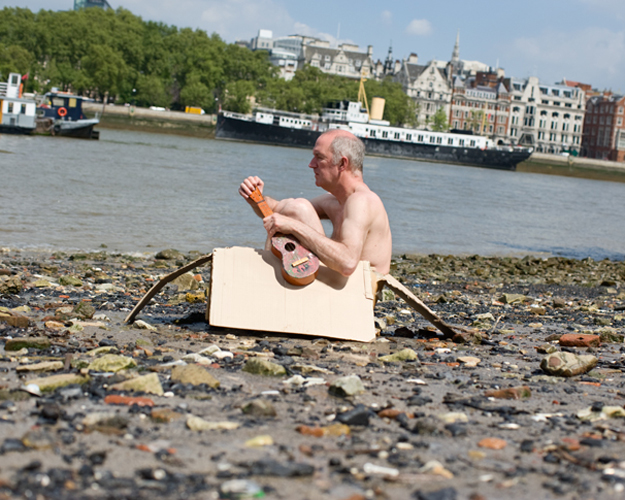 I AM by Jeronimo Sanz

I Am
I am an earthquake
My roots dance
Ballrooms of tectonic plates
Rivers of lava
My blood boils
Flowers of fire
The spring trembles through my skin
In an ongoing eruption of life
Explosions that pronounce my name
My commitment is intensity
My association is the change
I am allied to the space
See, my fianceé approaches
And when this horizon lifts me up
Like a whip of stars
I will dive to whip
And kiss the back of the land
Since I am a force of nature
And you didn't see me coming
I am an earthquake!