It was the the summer of 1974 - for me the summer of love. I had a new girlfriend and she was with me on the day I went to Wembley Stadium for an open air concert featuring The Band, Joni Mitchell and Crosby Stills Nash & Young. It was a gloriously sunny day and, as we sat there waiting for the show to start, they played music over the loudspeakers. Everything felt wonderful; I was in love, it seemed like everyone around us was in love, the sun was shining. Then suddenly, we heard the opening bars of "Here Comes the Sun" by The Beatles over the sound system and for the next few minutes I was transported into a heavenly place and thought how much better can life be?


Looking back through my emails, I was surprised to see that I wrote to Kevin as long ago as March 2013 after I had seen him mentioned on Twitter and then looked up his great work on his website. My memory was that my first contact with him was being introduced when I was talking to Alma Haser (and James MacDonald) at a Mini Click event in Brighton. It doesn't really matter but when I met him, he came across immediately as a nice person - a bit bluff but with a little bit of softness exposed possibly in his eyes or the way he talked or the way he moved or all three. Anyway, in March 2013, he replied to my email saying that he would be pleased to photograph me and that he would propose creating a montage portrait an example of which he sent me. I was thrilled because I really liked his style and, when I first saw his work, I thought 'I want to be in a photograph taken by this guy'.


As it was, it took until August before we set up the shoot on a morning not unlike the one which heralded that magical day in 1974. Kevin picked me up at 7.15 am and we drove to Stanmer Park and then spent a god hour or so wandering around this beautiful place. We saw one woman walking a dog but otherwise there was no-one else there - certainly we didn't see anyone else. I was wearing a grey shirt and Kevin found a spot where we started the montage shots. He used quite a small film camera and, before each shot, he measured with a ruler the distance between the lens and the part of me he was photographing moving from my head down my body to my lower legs. Being photographed is quite an intimate experience but this was particularly so as it was so close and he was touching me. Then, as we moved about the park into the woods, he asked me to get undressed and we did some nude shots, some montage and some not. All the while, we chatted and gradually we relaxed into easy conversation. This is the bit I like best - getting to know the person with whom I am collaborating. Kevin is a sensitive person and very experimental in his outlook on the art of photography. He is interested in so many different types of photograph and methods of taking them and he wants to pass that enthusiasm on to his audience and his students. He doesn't gush but he is very into what he does.

I waited a few months for the results and then, in  short rush of emails, he sent me the images. Oh, before that I saw one image of his of me lying naked on the ground on Instagram. It was beautiful. Anyway, the montage shots were all that I had hoped they would be - crisp, revealing, intimate. However, Kevin then sent through this shot and I was blown away by it. It is stunning. I do find it surprising how these shots are so meaningful to me at this time. Now, maybe Kevin had this in mind when he created the image but the branches going through my head seem to sum up how befuddled my brain is becoming with the progression of my illness and yet there is still a strong burning source of creativity shining through which for the moment is in the ascendancy. I was worried that I would have to tell Kevin that the original idea of the montage would not feature in the image I would choose for my project but he didn't seem phased by this at all and he readily (and generously) accepted my choice. 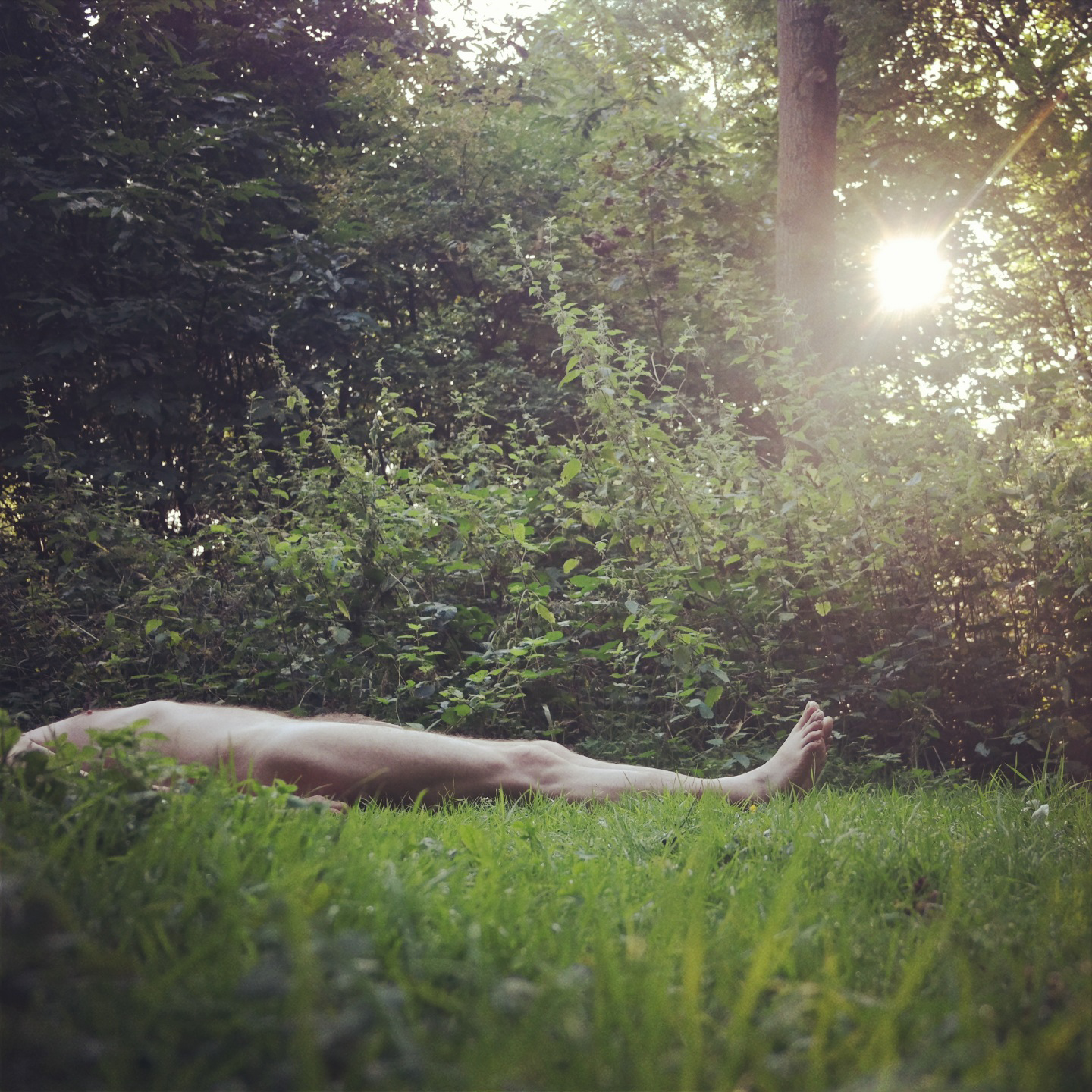 So, here we are - "Here Comes The Sun" by Kevin Meredith. Aren't I a lucky bastard to have photographs like this and to meet and work with guys like Kevin?

IT'S OVER by Jack Latham