A MOVEMENT STUDY by Oscar Latorre-Bosch

Oscar came along to hear me speak at PhotoForum in the Calumet shop in Euston in February 2013. It was a bit nerve wracking, not because Oscar was in the audience but for two reasons - first, my whole family were there well, Jane, my son Tom, my twin sister Sally, my brother Anthony and his wife Georgina and secondly, some guy at the back was being a bit difficult but I got over that eventually but his intervention caused me to shake more than I might otherwise have done.


Oscar tweeted some nice comments to me and so I looked up his excellent work on his website and wrote to ask if he might photograph me. Well, in the end, he filmed me. He had given it some thought and he concluded that it did not seem possible to show the Parkinson's movement in a still picture so instead, he decided to record my natural movement on video and then study it using different computer techniques. First, it would be in hyper slow motion from still frames of the video using 'morphing'. Secondly, normal motion as originally recorded and thirdly, in stroboscopic motion i.e. partially freezing movement using 'strobing'. He created a detailed mood board and was meticulous in getting the effects he wanted. 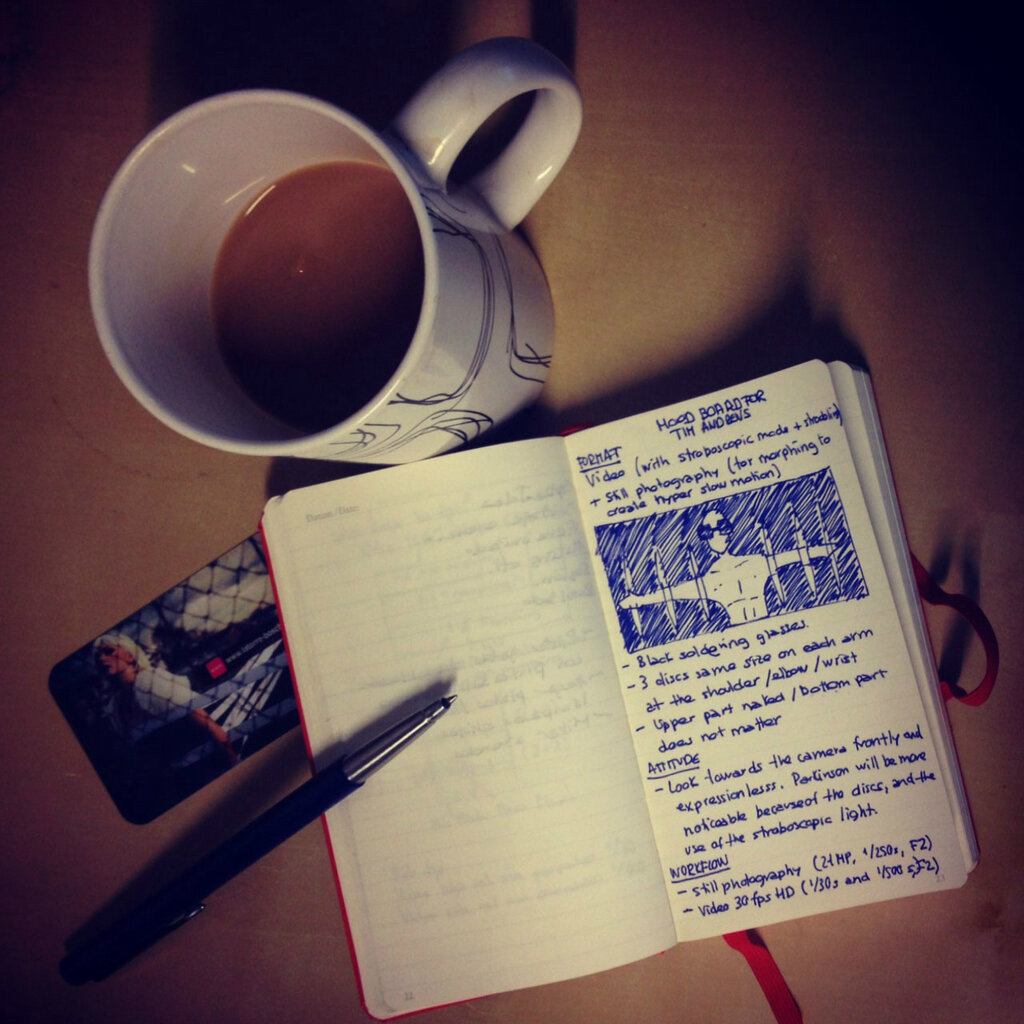 The moodboard, a card, a half drunk cup of coffee and a pen


His lovely assistant, whose name I can't quite remember (but I shall try to before the end of this piece - Cortina?) put these polystyrene plates on my arms and Oscar asked me to stand and slowly circle my arms whilst the camera rolled. I then got dressed but do you know how difficult it is put on a shirt while you have polystyrene plates on your arms? Yes, well I started again and Thingamebob (erm Jaguar?) helped take them off and then I put my shirt on - you learn something new everyday in this modelling game. 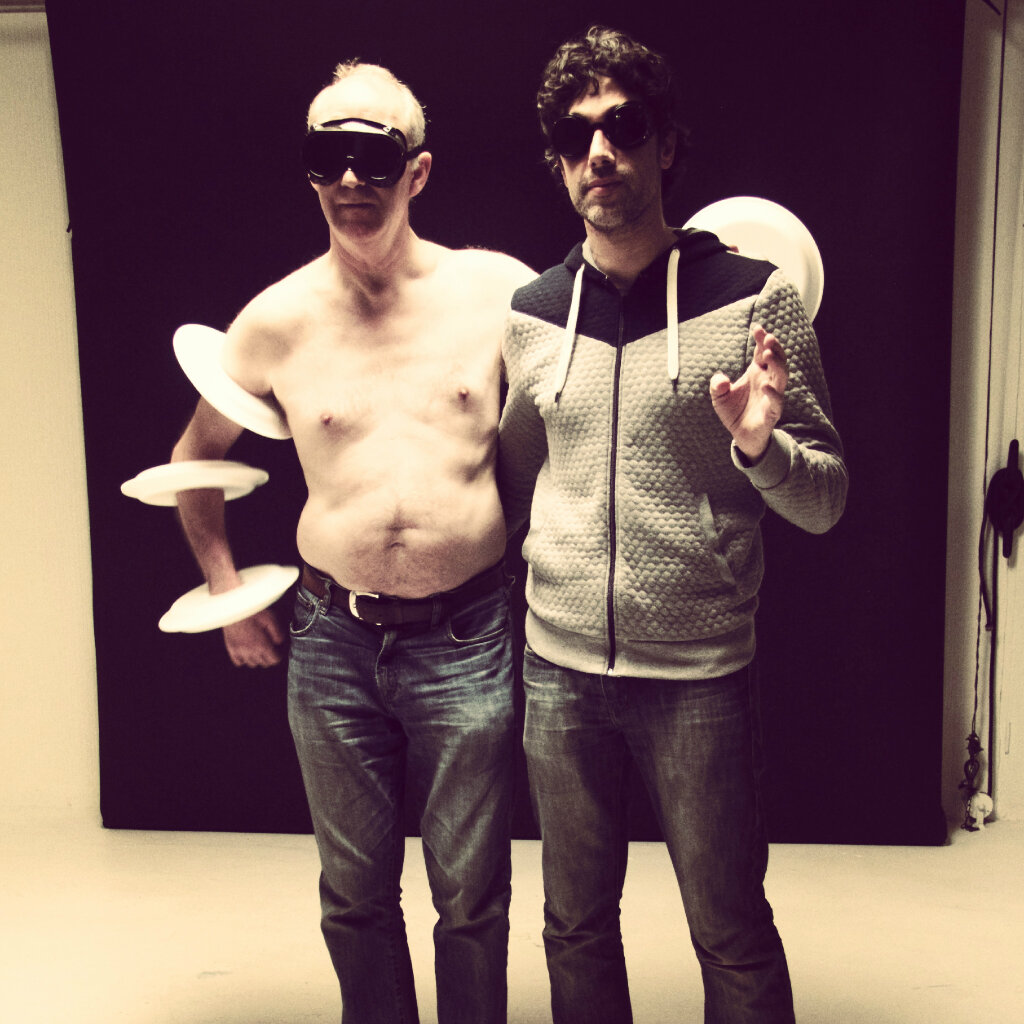 The plates, Me and Oscar

Oscar then interviewed me on film. In fact, I don't think I have ever seen the full interview but I recall that some of the questions were quite daft in the best possible way. (Audi? No, that wasn't it)


And then, I went out with Oscar and whatshername (Joyce - Rolls Royce?? No) and we said goodbye in the street and I caught the train home. And that was that, a jolly little shoot which was thoroughly enjoyable. And the film? Well, it is a mesmerising study of the movement difficulties involved with Parkinson's. These motor problems come and they go -it really is a bit like having plates attached to your arms which control how you move. It is quirky and funny but it also taps straight into the way in which I moved from smooth to shake and back again. It is also cleverly lit and it has a feeling of there being some knowledge "out there" which we cannot yet explain but hopefully to which we shall find the answers on this voyage of discovery which is Parkinson's Disease. Morris Minor? No, what was her name?!?

The film (and the 'Making of') can be viewed here https://www.youtube.com/watch?v=IYXnmPl4EFI&noredirect=1


MERCEDES!!! That was it! An unforgettable name. She was beautiful and very friendly and good fun.

WEBSITE: http://www.latorre-bosch.com/html
Posted by Tim Andrews at 00:06 No comments:

ONE HUNDRED AND FORTY CHARACTERS by Chris Floyd 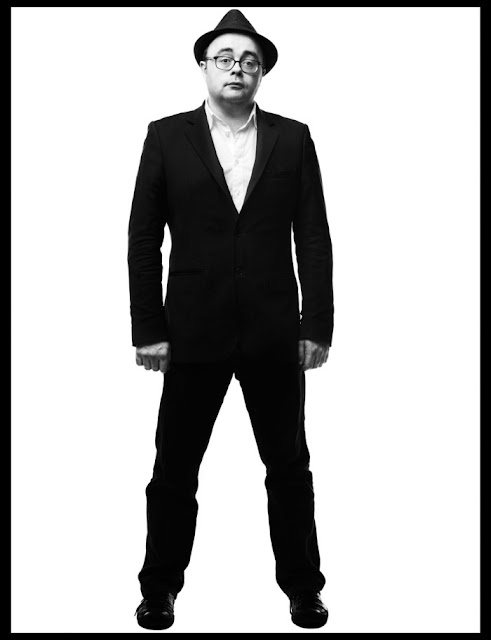 In July 2010, the brilliant photographer and ace tweeter, Chris Floyd, decided to begin photographing people that he followed on Twitter. The idea came to him when he realised that he had not seen or spoken any of his best real and actual friends for over a month. However, in contrast, he communicated with some of the people on Twitter several times a week. The project began and continued until, one day, he counted the number of shots to date which totalled 130 odd. He knew where it had to end - at 140 characters - the maximum allowed in a tweet. 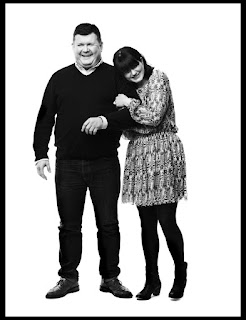 The exceptional photographs are on display at Create in Brighton until 24th February and I was fortunate enough to be invited to the Private View. It is a very interesting show that says as much about Chris as it does about the subjects of his wonderful images. As I said to someone on the night (it might even have been the man himself), only Chris Floyd could have taken these pictures. They are snazzy, fun, crisp, black and white gems, to be treasured forever. Chris is a fun guy but he is deadly serious about the quality of his work and boy, does it show. I urge you to get along to see a scintillating collection of portraits by one of the UK's finest photographers. 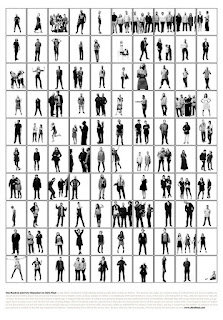 Also, alongside the exhibition, Create are offering the public the chance to have a private portrait session with Chris on 23rd and 24th February. You'd be mad to pass up this opportunity.

MASK OF THE DIVA by Martina O'Shea

Every so often, I find that I just cannot choose between two images taken by a photographer and so I choose them both. This has happened only three times before and this is the fourth time. I loved Martina's shot of me at Hampstead Heath, "Eye See You" and yet I love this one too and I found that I could not ditch either of them.


Martina and I had always wanted to do another shoot together and, whilst she had some lighting available to her in her home studio, we took advantage of this one evening. We tried various subtle changes to this pose and this one works because of the head slightly bent over to one side giving it a softer, almost feminine effect. The arms crossing the chest in a somewhat skewed heart shape lend it a pathos which is beguiling and, to me, the lighting is perfect - slightly bleached and cold which accentuates the sadness of the image. It is quite beautiful and it has been taken by a young and very talented photographer who knows what she wants to achieve in a shot and has the confidence to get it.


On the same evening, Martina also made a large sticky roux of flour and water and we played around with that on my head but I haven't seen the results yet otherwise, Martina might be one of the few people to have three images in the project! That may still happen as we are talking of another shoot together. I have done additional shoots with some of the photographers and I do enjoy them. To some extent, the pressure is off and, as we have worked together successfully before, it is a more relaxed situation and enables both the photographer and myself to improvise and experiment which can be so exciting as it was with the lovely Martina.

WEBSITE: http://www.martinaoshea.com/
Posted by Tim Andrews at 00:42 No comments: