SOFTLY AS YOU LEAVE ME by Jennika Argent

A return to Gumtree ended very happily indeed as, in February 2011, I found an advertisement from Jennika which said "Female Photographer specializing in Portraits, Nude, Glamour and Boudoir". There was an example of her work shown and it had that certain something. I don't know, I think it was a boldness of a kind that I felt I hadn't experienced before. So, I wrote my usual email but said that possibly we could collaborate on something. She replied asking first if I was happy to pose nude and then going on to say that she didn't know much about Parkinson's other than it makes you shake a lot and that it would be great to have a chat and get a feeling of my energy and what we might do.


We were originally going to meet for a shoot in the office block in the City where she worked but that didn't happen and, what with one thing and another...and another and then another, we didn't meet until August 2012 but we set the shoot up in Hampstead Heath fairly quickly thereafter. We got on very well at our initial meeting and so I had a very good feeling about the shoot. Jennika is a real Londoner and has a very warm personality and I get the feeling that she likes herself and her life and I found that very inspiring, almost moving. She is a good person.


It was a lovely day when we met on the Heath for the shoot but I was very anxious not to upset anyone with my nudity. As I said to Jen afterwards, I sometimes wish I could be more brazen but I can't. I love being nude especially in the open air but I just don't like shocking or upsetting people.


But it all worked out fine. Jen, ably assisted by her lovely friend Sammi, climbed up a tree and I lay down in the leaves below and covered myself up and she shot a few photographs from up there and then we did a shot of me walking away from the camera as I threw leaves over my shoulder. Neither of us were sure that the throwing had worked but it turned out looking as if I was waving the branches out of my way and looks far more natural as a result. One of those happy accidents that end up perfecting a photograph. The idea was to produce a diptych of the two shots. I really loved all the images that Jen sent through but I was undecided about some aspects and certainly found it difficult to choose one for the project. We went around in circles and ended up at the beginning with these shots which I love. I wasn't sure about the leaves sticking to my bum but Jen loved that because it looked like I had just been lying there for a while and had nature imprinted on me which was exactly what had happened. 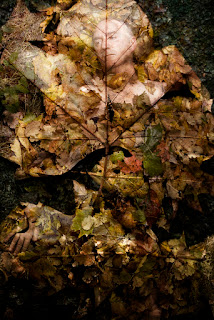 As for the title, well it originates from a Frank Sinatra song, ''Softly as I leave you''.  I am not a huge Sinatra fan but he sings this song so beautifully. It has wistful sadness to it and that was brought to mind when I saw the look on my face as if I was reflecting on the fact that the me I used to be was slowly, softly leaving me.


Looking at the two shots again has reminded me of what a lovely day it was. I find Jennika such a refreshing person and the photographs reflect her personality. Natural, warm and clear. A lovely woman and a very instinctive and intelligent artist. 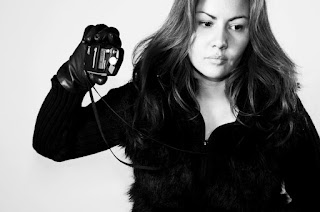