BACK TO FRONT by Simon Annand 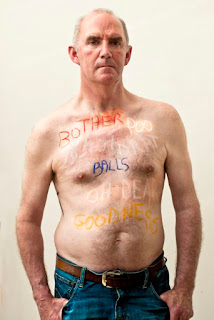 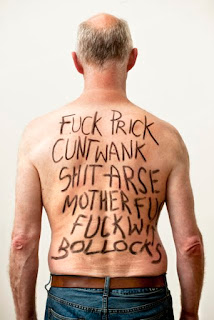 BACK TO FRONT by Simon Annand

In December 2010, Simon Annand had some wonderful photographs published in The Sunday Times Magazine and it prompted me to write to him although my daughter had received his book, "The Half" as a gift previously so I knew his work already. The Half is a great book because it shows actors as they really are - nomadic performers working into the night often scraping a living no matter how famous they might be. His response was cool but interested in that he said that "In principle, yes, this is something we could do" and, in order to assess whether he could make a worthwhile contribution to the project, he asked me to send him a few examples of the   photographs by some of the other photographers in the project. I sent him the whole lot via a Guest Pass to the set on Flickr.

We met finally at Soho House where we shared a bottle of wine and had a very pleasant conversation. Apparently, I swore quite a lot and this interested Simon who asked if there were two sides to me and I said that I thought that there were particularly as I had had to restrain myself as a lawyer, at least to my clients. Although I was no longer a solicitor, that side of me still existed albeit to a lesser extent than before. So Simon came up with his idea to photograph me with swear words written on my body and we thought that, on one side of my body we could write some more tame expletives, and on the other, the much stronger swear words. I told him how my mother would admonish me and my siblings if we ever said "Shut up" or "Crap".

We continued to keep in touch trying to arrange a shoot and, in the meantime, I attended his brilliant show in Shoreditch which was very extensive but which showed so well what a great practitioner of the photographic art he is. His portraits are so varied and yet they are unmistakably his work. Simon is a busy man so it wasn't until 28th June 2012 that we met at his very comfortable home in London N16 and chatted a bit before deciding what words to use and on which side of my chest. He then wrote the more benign words on my chest and the bad words on my back. He photographed my front first and then, when I turned round and he saw the back, he laughed out loud and to hear Simon laugh or to see him smile is a special pleasure because he is naturally somewhat lugubrious and can seem a rather grave person. Then he beams and his whole face lights up and you immediately feel the warmth of his personality. He is a delightful fellow.

And so finally, I received the photographs from Simon in December 2012 almost two years to the day that I had first approached him but, boy, were they worth the wait. The idea was quite fun anyway but in the execution, it was really amusing. I was so very pleased not only with the fantastic images but also to think that the great Simon Annand had photographed me and, even more important, that I had made his acquaintance. A very, very satisfying experience all round.

Thank you Simon. My Goodness - it was fucking great!


There is an article on "Over the Hill" in the July issue of 'Photography Monthly'.
Posted by Tim Andrews at 11:16 No comments:

The mercurial Kirsty Mitchell, who photographed me as King Gammelyn in September last year, used to be a chief designer for Karen Millen. As part of the Queen's Jubilee celebrations and to celebrate 'British Talent', the Regent Street store of Karen Millen is displaying in the windows 5 huge photographs from her incredible ''Wonderland'' series including mine which, together with the one of 'The White Queen' will be backlit. Read Kirsty's diary about the preprations.


Kirsty was interviewed by the BBC (see http://vimeo.com/43724622) outside the store on 7th June last and so she took the opportunity to arrange an informal champagne-stand-up-and-brave-the-elements-street-party. I had been at Lord's all day with friends eating and drinking (when we weren't getting rained on) so that's why, in the pic above, I am adopting a parkinsonian pose with my pot belly and straggly windswept hair. It was a very jolly occasion and I met some lovely people whose names I cannot now remember but it included Kirsty, her lovely handsome husband Matt, Elbie (the superb make-up artist), Matt's charming brother and Kirsty's Father and her Brother and many others. 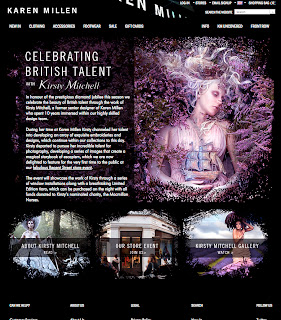 Jane was also in town that night and, when they all went to the pub, I called her but there was no answer and so, as I was completely out on my feet by then, I left for home. Jane called back once I was on the train and said that she would have liked to have met the Wonderland gang which would have been so nice and for which I'm sure I would have got second wind.


The display looks amazing but the photographs will only be up for a little while longer so run along and see them in all their glory! 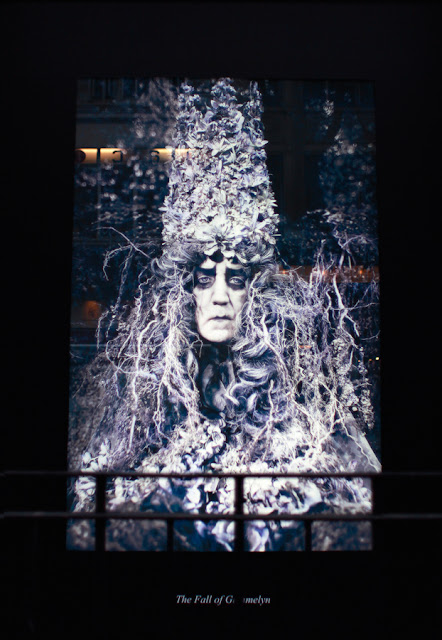 WEBSITE: http://www.kirstymitchellphotography.com/
Posted by Tim Andrews at 00:20 No comments:

l am pleased and proud to say that my self portrait, ''Up, up and Away!'' has been highly commended by the judges of this year's Mervyn Peake Awards. Talk about jammy but quite nice all the same.

l leave you to judge for yourselves.
Posted by Tim Andrews at 13:23 No comments: