THAT WAS THEN AND THIS IS NOW by Pat Moss

WHO WAS HE? by Jemima Marriott

I am pleased to say that by a quirk of fate, luck call it what you will, I am arranging an exhibition of my project at The Wayfarer's Arcade in Southport, Merseyside from 1st to 15th May next. It will comprise 54 photographs from the project including the wonderful image below by Danielle Tunstall.


l am trying to raise money for Parkinson's UK, the wonderful charity which works so hard to raise awareness of this awful illness and also to raise funds for research into new medication and possibly a cure.

If you wish to make a donation to Parkinson's UK, please log on to http://uk.virginmoneygiving.com/TIMANDREWSOVERTHEHILLSOUTHPORT
Posted by Tim Andrews at 23:06 No comments:

A PHOTOGRAPH by Jemimah Kuhfeld 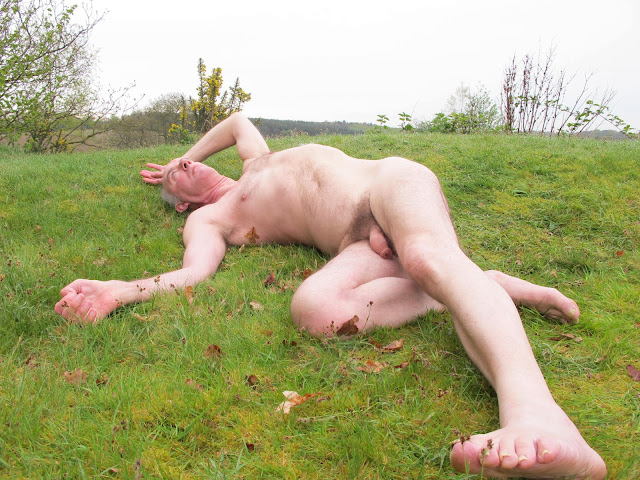 I am not a very good photographer myself because l have no idea how a camera works and about technical things like depth of filed etc but I do love taking photographs and experimenting with self portraits, of which this is one, often in the course of making my stop motion films.


I like this portrait because of the angles of the bones and limbs, the lines of which travel in different directions and yet are all interconnected. Body shapes are so interesting aren't they?

The link to my Flickr page is: http://www.flickr.com/photos/tjrandrews/
Posted by Tim Andrews at 01:39 No comments:

I think that Clare Hewitt must be one of the most committed, hardworking young photographers out there. And not only that - she has oodles of talent and is a lovely person to meet. Clare was assisting the photographer, Venetia Dearden, when she first contacted me. I had written to Venetia asking her to photograph and, apparently, when she read my email, she asked Clare about it and Clare, having read of my project, told Venetia what it all entailed and so Venetia asked her to reply with a view to setting up a meeting. The meeting with Venetia has not yet come about but in the process of trying to arrange it, Clare and I became quite friendly and I looked up her work on her website etc, liked what I saw and suggested that she too might like to photograph me. Clare was very keen and so we met near Liverpool Street and chatted.She explained to me that she wanted to do a 5 hour portrait which would comprise shooting a roll of film an hour as well as doing a time lapse for the whole period and, whilst doing all that, she would record our conversations. This was a new one on me but I think a typical example of Clare's ambitious nature and creative thought. 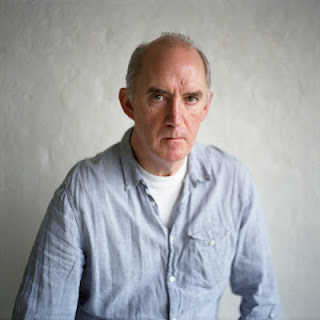 In the meantime Clare took time out to organise a wonderful exhibition entitled ''A Year in Development'' on behalf of Labyrinth Photographic Printing which was a celebration of the continuance and diversity of analogue photography featuring work by Labyrinth's clients including some people whom had already photographed me such as Zed Nelson, Laura Pannack and Laura Hynd. I was kindly invited to the Private View which was packed and, because of this, I didn't stay long but long enough to see what an enormous undertaking it was by Clare to arrange the printing, framing and hanging of so many photographs quite apart from dealing with all the different artists. I met and chatted very briefly to Laura Hynd, Pedro Paz Lopez, Spencer Murphy, Zed Nelson and Maja Daniels and, of course, Clare and I saw Laura Pannack across a crowded room but I wasn't on top form, Parkinson's-wise, and so I split that crazy scene after about half an hour and a couple of slugs of beer. 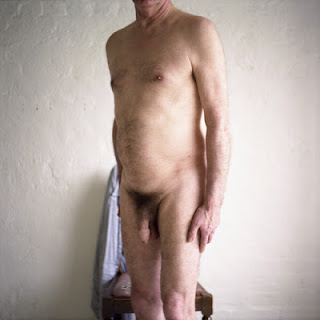 Anyway, back to the shoot with Clare. It took place at a studio in Stoke Newington and we started at about 11am and finished five hours later. It was a marvellous experience and very therapeutic. The idea was to photograph me over five hours whilst I answered Clare's sometimes very searching questions and slowly undressed and re-dressed. I cannot recall being particularly nervous at the start but certainly I was very relaxed at the end and you can see the progression of this mood as well as the emotion I was feeling in the wonderful collage of images she has produced. It is an amazing achievement executed by a very unique artist. Subsequently, she released a film of the shoot which can be viewed on her website. 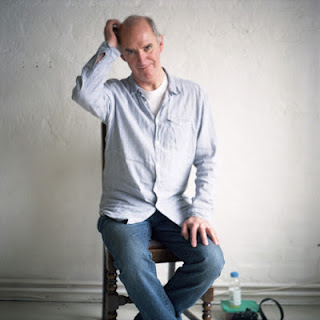 "Initially I was interested in our process as much as the resulting image, in both photographic and emotional terms. We were virtual strangers to begin with, and through the images I wanted to understand if and how our relationship changed over a number of hours, and how we reacted to this photographically." - Clare Hewitt 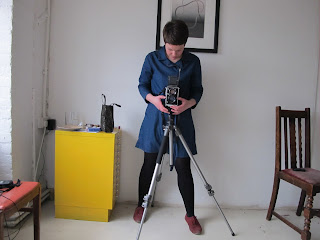 POSTSCRIPT: Clare and I attempted a second shoot but, for a number of reasons, it didn't work out but I am hopeful that we shall work together again. There have been times n the last few years that I have felt down, certainly more down than I felt in the early years of my illness . On one such occasion, earlier this year, I reached out to the photographers involved in "Over the Hill" and received such a loving response from many of them, including Clare who sent me a picture of her beautiful new baby. It was such an uplifting moment when I saw the photograph and I shall forever be grateful to Clare for this.
WEBSITE: http://www.clarehewitt.co.uk