When Jo responded to my initial email, she asked what I liked about how she saw the world. I replied saying that, on her website, she describes herself as a stalker and that I liked that because it meant she was interested in what she saw and wanted to look further. Her work involves love, companionship, people, bodies, human relationships, ritual but that is by no means an exhaustive list because she is forever searching and discovering or rather, uncovering. She never stops. She is not really a stalker in the modern sense - she is a hunter but invariably she throws the fish back in the sea unharmed but perhaps a little startled and certainly enriched by its brush with Jo.


So, anyway Jo said yes to being in my project and said that she wanted to come over to my place and document my day. As it was, she concentrated on certain aspects and areas of the house as you will see from her great little film of our day together.


She travelled all the way from Bristol to see me with her friend Carolyn, who was charming - they both  were.  I met them at Brighton station and saw Carolyn first who pointed over to Jo who had already started taking photographs. They came back to the house and met Jane who then cleared off and left us to it. I didn't have to show Jo round the house because she set off on her own and did it herself. I think we may have had lunch first and then, whilst Carolyn watched one of my films, Jo shot some photographs of me undressing in the bedroom, sitting on the bed, having a bath and even sitting on the loo. Then we ventured down to the sea and Jo chatted and clicked away at all and sundry, collecting snippets of people's lives and characters in her own unique way.


I loved the selection of images she sent to me but this one was my favourite by miles. It has everything - light, life, form, a sense of place, and weirdly, it has colour in the broadest sense. It is open, honest and revealing and it says as much about Jo as it does about me. It encapsulates the day and our relationship perfectly because it is such a true reflection of where we both were at that moment.


Jo is a wonderfully intuitive photographer and explorer. She doesn't take normal pictures and, therefore, she will not be everyone's cup of tea (who is?) but she assails one's senses and stirs things up but she does it with a big brassy brash smile. She is a beautiful person. Not easy because she continuously challenges one's perceptions but meeting her is all the more exciting for that.


And she owes me three quid. 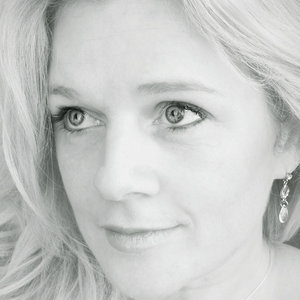