THERE IS NO FREEDOM WITHOUT SACRIFICE by Solarixx

I came across Sol's brilliant work on one of my trawls through Flickr in Autumn 2010 and immediately I approached her although I think that I was aware that she lived abroad somewhere and the chances of working with her were pretty remote. She responded positively but, sure enough, she lived inArgentina! However, she hatched this idea that she could arrange with a photographer who lived in Yorkshire for him to photograph me in accordance with her  instructions and then for to work on the photograph in order to produce the final image. The creation of her photographic images was so impressive and seamless that I was more than happy to proceed on this basis.


Sol then put me in touch with Jules Holtom who was to be entrusted to photograph me. However, although we exchanged correspondence over the next few months, it wasn't until August 2011 that Sol told me that she was planning to come to England later in the year and so would be able to photograph me herself. Yippee! And so it was that on 3rd November,  Jules collected me from Huddersfield station and took me back to his place in the Yorkshire countryside to meet this petite, shapely pocket dynamo with a lovely fresh smile called Sol.  They both made me so welcome and we chatted about my project and their work and we had something to eat and eventually we got started with some interior shots. Jules' flat is in a large converted house with grounds which comprise some formal gardens and also some woodland and, after completing the interior shots, we set off to a location in the woods that they had both already chosen. lt was a  fairly steep high bank topped by a large tree some of the curling roots of which were exposed. They asked me to stand clothed in front of the bank whilst they photographed me but I looked back at the tree and saw that there was a small rocky platform just below the roots and I said that that was where I really ought to be. I tested the strength of a sapling growing halfway up the bank and, using this, I hauled myself up to the rocky platform and slowly and carefully undressed.  Then Jules asked if I could climb across to a higher rock. I was doubtful that I could but I made it and then hooked my left arm around a root and stretched back as far as I could hoping that I became one with the roots. I envisaged how good it could have looked but it still did not prepare me for the outstanding image produced by Sol.


Sol said that normally she hates explaining her pictures but she would make an exception as I was involved in it. The stitches represent the sacrifice, the pain, the loss. I am lying naked in contact with the earth i.e. in contact with my origins and facing the ray of light enjoying my new state.


It is the most brilliant, brilliant photograph and completely encapsulates how I feel about my current ill self and my place in the world and my destiny. It is a continuance of my preparation for this part of my life by the guardians in Sisters of Mercy by Kitthunya Ngaothongpaitoon (see earlier post). I have an inner strength and belief that will take me through these trials and get me to the other side wherever and whatever that other side might be. It just sums everything up. I am almost too emotional looking at the image to express how I feel about it.

It is simply beautiful. 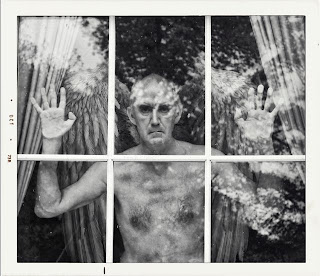 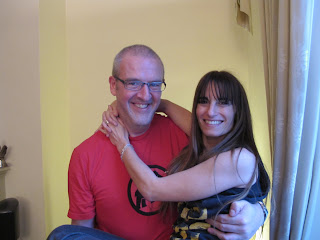 Jules and Sol
POSTSCRIPT;
Sol has now fallen on hard times - please help if you can - https://www.gofundme.com/savesolarixx