I came across Louise's work on the London Photographic Association site which I first encountered through Sukey Parnell. I looked up Louise's website on which she stated that she was a hard working, efficient and very friendly person who loved a challenge, all of which turned out to be quite true. I had not really contacted any student photographers for a while but this description plus the fact that she had bothered  to register on the LPA site made me think it would be worthwhile contacting her. Apart from that, her work looked interesting.

She seemed very keen to be involved and said that my approach had come at just about the right time as she was just thinking about doing some studio portraiture. She explained that she was intending the shoot to last about four hours and she would use both Hasselblad film and digital cameras. She would plan it all out creatively so that she would get the best results but would allow ideas to flow. And that is certainly what she did as, when it came to the shoot at her University studio, she knew exactly what she wanted so far as the lighting was concerned and yet she was quite willing to try different ideas. She had certain specific scenarios in mind but it was when she spied some bubble wrap and suggested that I put it round my head that I realised how willing she was to experiment. 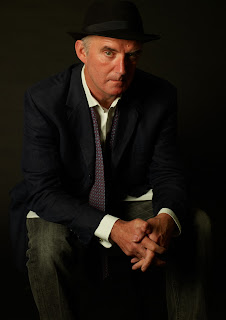 I loved all the images she sent to me and could have chosen about half a dozen but eventually I went for the bubble wrap.

I was very impressed by the way she worked and her meticulous attention to detail allied to this willingness to improvise. I have a feeling that she will be very successful.

http://www.louisehphotography.co.uk/index.htm
Posted by Tim Andrews at 19:18