WHERE I BELONG by Jillian Edelstein 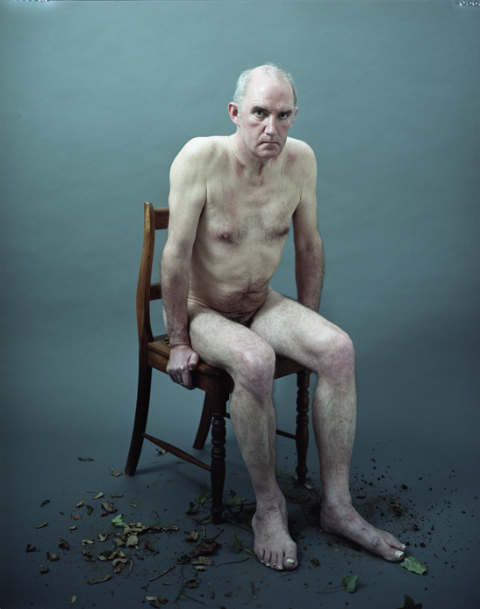 Jillian's name was given to me by Steve Bloom and I have to admit that I had never really looked at much of her work before but once I had been given her name by Steve, I looked up her website and saw her fantastic images and so I was very keen to work with her. She said yes straightaway when I wrote to her by email in February 2010. We met at her house and she was extremely nice and very much wanted to help with galleries and other photographers. We arranged to meet again at her place for a shoot and she asked if I could bring with me a plant from the garden with some roots and earth on it.


And so it was that on 11th March 2010 I made my way back to her house, carrying with me a bag containing not only a small foxglove plant with earth and roots hanging off it but also several strands of bramble full of thorn and pointed leaves.


The shoot took place in her home studio and they were all in the nude. This shot was a bit of improvisation because Jillian had not planned to use the chair which had no seat because the rush matting had all but worn away completely but she felt that my being uncomfortable added something extra to the image.


We got on very well. Jillian reminds me of people from my past. She is a very warm and engaging person and a brilliant photographer.

http://www.jillianedelstein.co.uk/
Posted by Tim Andrews at 22:37