THINK OR FEEL by Lindsay Wakelin

I was introduced to Lindsay by James Reynard and I am not sure that I have met a more enthusiastic photographer.

She warned me in advance about having to hold a brain in my hand for the shot. I have done quite a few things for the first time during this project and holding a pig's brain was one of them. She saw the obvious connection with my brain but wanted to represent it with humour.

We did the shoot on the same day as the session with James Reynard and Lindsay was very patient whilst James completed his three shots. Of course, by then, she was raring to go and, as everything was already set up, we completed the two shots quite quickly. It was a long day but extremely enjoyable. Lindsay isn't as experienced as James but he is very generous with his advice and sensitive with any suggestions in that he allowed Lindsay to get on with things in her own way. 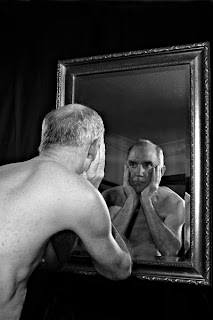 I  cannot quite remember which shot we tried first but it was certainly difficult to choose between the final images afterwards as they were all so good. What has impressed, and touched me most about this project is how much thought the photographers have put into the creation of their shots. 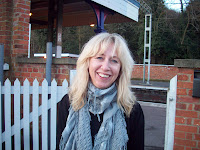 http://www.lindsaywakelinphotography.com/blog/?p=874
Posted by Tim Andrews at 23:33