Well it worth waiting for. Ascha was studying at Westminster University when, in September 2009, I answered ner advertisement for cross dressers. I had weened myself off Gumtree by then but evry so often,  I returned for another fix and, although I am not a transvestite, I thought her advert sounded interesting. We met subsequently at her flat and chatted about this and that and she showed me examples ofher work and we decided to go ahead with a shoot.

A few months later I drove into London in full make up, applied by Jane, and carrying a wig. At first we shot some photographs in the studio and then went out into the street for more but the blustery wind played havoc with my hair and what's more it was bloody freezing but we had a good time and Ascha was very good company and had some interesting ideas.

However, it was not until the following November 2010 that I received the photographs but, as I said, it was worth the wait. She sent me some of me wearing the wig but I do feel that, as with the "Drag Queen" photo by Emily Hunter, this one without the wig  but with the make up, necklace and blouse, says more about me and the guy I am portraying. 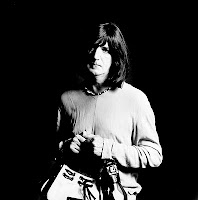