Yann was introduced to be by Pascal Renoux. He had originally modelled for Pascal but then was inspired to become a photographer and he is very good indeed.

He asked if he could come down to our house and stay overnight, which he did, and then take some photographs along the way. He had an image very similar to this on his website and l thought it was so good that I wanted to repeat it. Often, it can devalue a project such as mine to repeat a photograph but I think this sufficiently different to warrant it being chosen to represent Yann on my project.

It is taken in our third reception room at home (known for historical reasons as the Playroom). I feel that it is almost as amusing that I hoped it would be and it has the message imbedded in it - go for it! It is your last and only chance! It also says something about my condition - inside
I am pedalling away but outside I am not quite making the progress I used to. When my mother moved us from North London to West Wittering in May 1964, she bought each of us a brand new bike. Mine was dark green and I cycled everywhere often making up imaginary bike races to which I added my own commentary - it was usually me who won, of course.
http://www.twelvejuly.com/


IN TIME Was @ Jane and Tim’s place. First time I’ve been out of London since i’m here. Meet those “2 lads” at their beautiful house with flowers, trees and those birds singing that i can’t match. I have been photographing Tim who has Parkinson and taking part in his own process/project… Once again i think i was closed to that kind of feelings/sensations of everyday, the things that you do believe/trust in… your inner forces.
Had this tough and serious discussion with Jane about ourselves, religion, human relationships, art… whilst having red Anjou, smoking (too much) and swearing quite a lot. Amazing time, i’m feeling great :)
The night there was fully dark, I got a star for Lily and made a wish for her, i think it was Venus star… 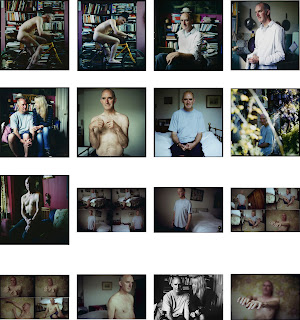