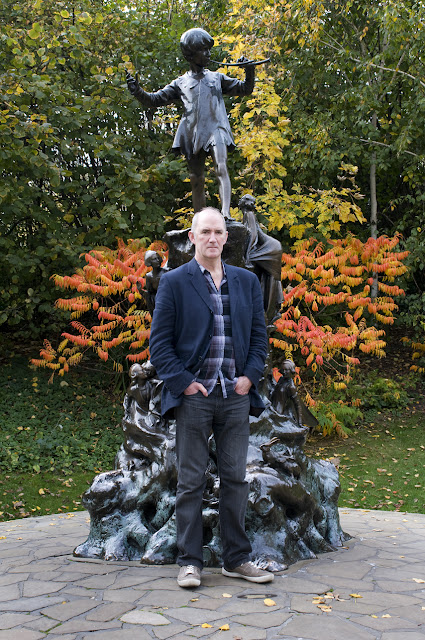 On 20th September 2009, I visited Mike McCartney's website in order to find his email address so that I could write to him and ask if he would take part in my project. I found that his email address was not published on the site so I started a discussion in his Forum on the site under the heading of "Photography". Mike replied saying that he didn't really take portraits in the same way as Rankin for example, he just took 'foties'. However, I did not give up and eventually I persuaded Mike to say yes and we agreed to meet the next time he was in London. 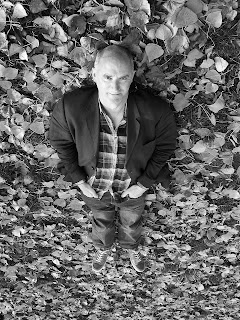 We met when he was down to record "Lily the Pink" with Scaffold for a special tribute programme. Jane came along too and we wandered around Kensington Gardens and he snapped away. He is such a nice guy - very personable and with a silly sense of humour. He was also interesting to talk to and I found his stories about the old days of "Scaffold" and "Grimms" fascinating.


After the shoot, he sent me a small selection of images from which it was difficult to choose one and  I plumped for the one of me lying upside down in the leaves. Not only is it a great photograph, I think it says a lot about me and the way I communicate - that is, flat on my back and with a benign grin on my face. No, it is all in the eyes.


However, when I was asked to exhibit at the Guernsey Photography Festival in 2011, Mike sent "Peter's Friend" along and so this one represents him in the project now.  In 2012, he very kindly agreed to open the exhibition of photographs from "Over the Hill" in Southport and he began his speech with the immortal words, "Can I just say, Tim, it's a pleasure to see you with your clothes on!"

http://www.mikemccartney.co.uk/
Posted by Tim Andrews at 01:27 No comments:

I FEEL FINE by Ania Wawrzkowicz

I first contacted Ania, who is Polish, in May 2009, having seen her wonderful work on her website. We communicated by email for a few weeks until we met in the Chandos pub opposite the National Portrait Gallery. It is not an especially attractive pub but it has a dark interior with dark brown sticky tables and small booths in which you can sit in private and there is room at the bar all of which makes it one of my favourite London pubs. Anyway, enough of pubs, what about Ania?

Well, she came up with the concept of a photograph or rather a set of photographs in which I would not appear at all. She suggested that I produce a box containing my personal selection of ordinary everyday possessions both old and modern. She would then photograph each item including the box itself and also ask me to write commentaries in a small book, telling the story behind each object. I selected the objects including my MCC tie, my little cricket game I used to play as a boy, a salt and pepper set from the plane in which I took my first foreign trip in 1967 and this record by The Beatles. In every case the object concerned meant a lot to me but also had a significant story behind it. 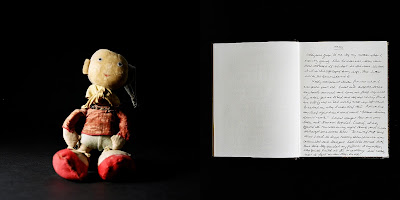 The items were delivered to Ania in a small case which had been given to me by an old client but I felt very uneasy not because I did not trust Ania with them but because they all meant so much to me and I had never given them away before. I need not have worried as Ania looked after them very well and returned them safe and sound. 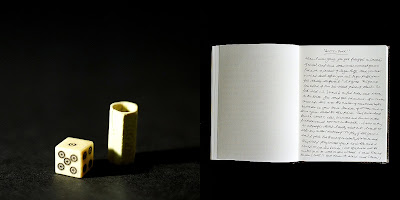 In the meantime, I had written my commentaries in a book which I also gave to Ania to photograph. I found the photographs very moving because they seemed to exude the care and attention that Ania lavished on the project and they were about the very essence of what I am. As Ania wrote herself, "Over the course of time, every object has become a souvenir, a trace of the past whose meaning on a the personal level is much wider than we think and goes far beyond the object itself". Needless to say, all the objects, the case and the book were all beautifully photographed.