I went to the National Portrait Gallery recently to check out Laura Stevens' wonderful photograph of me which in the Taylor Wessing Exhibition 2014 and, on the way out, I wondered what else I could have a look at as I had about 20 minutes to spare before meeting the photographer, Sheryl Tait, for a drink and a chat in the Chandos Pub just opposite the gallery. Then I saw that Grayson Perry had some exhibits displayed as part of his "Who are you?" project including his Map of Days which was hanging on a wall in the ground floor reception area. He contends that, although we may feel like the person we were years before, we are not and this map is basically a self-portrait and, loosely inspired by a map depicting John Bunyan's 1678 allegory, "The Pilgrim's Progress", Perry depicts himself as a walled city with areas corresponding to his events, experiences and emotions. He argues that we generally feel that our core, who we are, remains the same through out our lives but goes on to say this is a false belief. As I scanned the map, I thought of my project and how I had changed over time and how each of the photographers had examined and portrayed different aspects of myself and, although I was uncertain as to how much, if at all, I agreed with Perry's view, the Map and the thoughts behind it very much tied in with what I have been trying to do not only with "Over the Hill" but also the different ideas I had developed recently.


Then I remembered a day in the summer of 2007 when I went to Charleston in East Sussex with my gorgeous niece , Olivia, to listen to Perry speak. Afterwards, I queued not for him to sign a book but to ask if I could photograph him as part of another project where I was taking a photograph of someone different each day. I reached the front of the queue and introduced myself and asked him if I could take his photograph. He agreed straightaway but then asked if it was a project and I confirmed that it was and then he said "Would you like me to photograph you?" and I said yes and this is it. 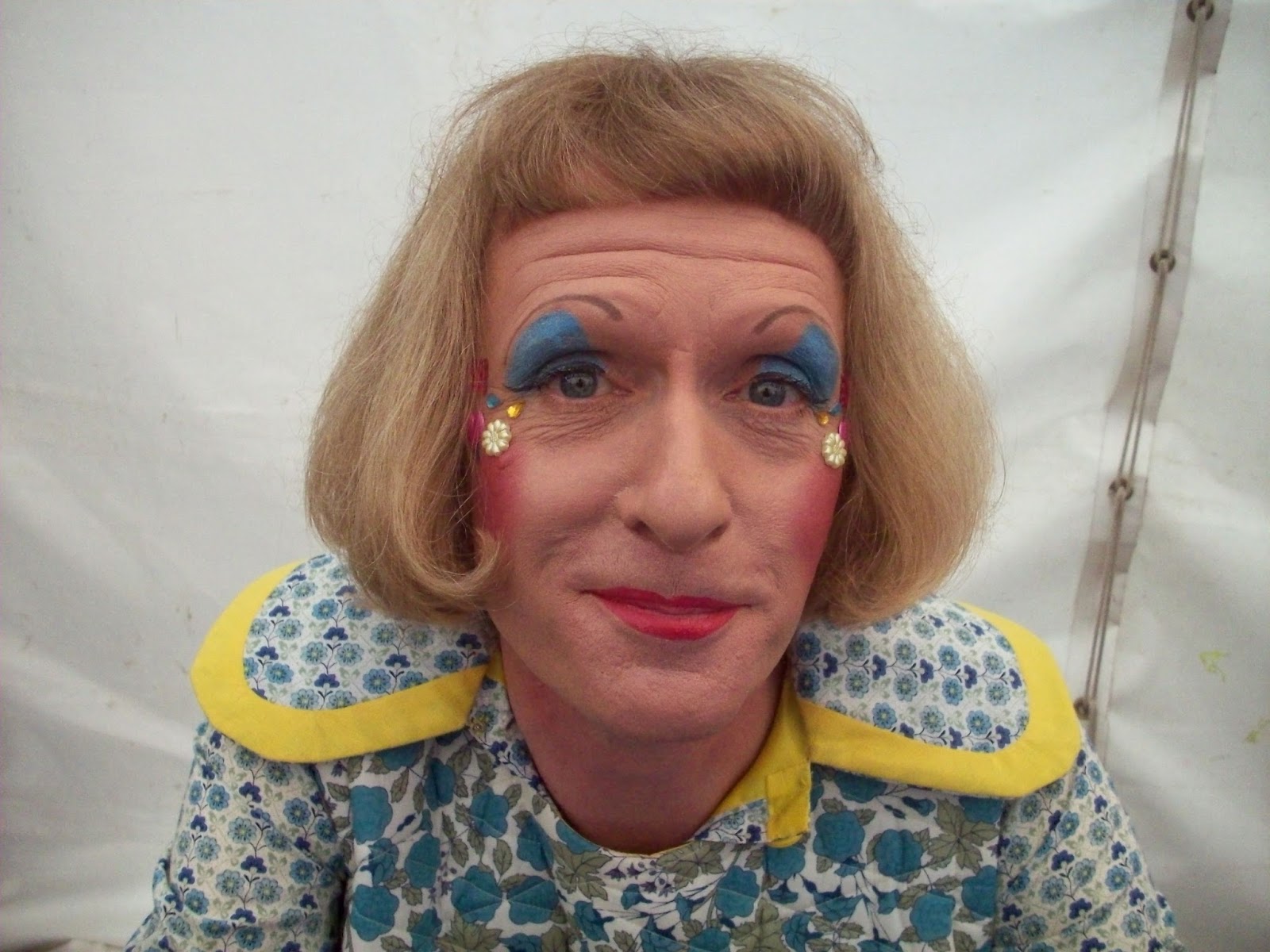 
A few days after my visit to the NPG, I decided to do something I had been meaning to do for so many years. I wrote to his agents asking for Grayson Perry's permission to include his photograph in my project. The answer came back via his agents saying "Tim Andrews has Grayson's permission to use the photo Grayson took of him (Tim)". He is such an interesting guy and, as is confirmed by everything he does, so warm and human that I feel immensely proud to have been photographed by him.